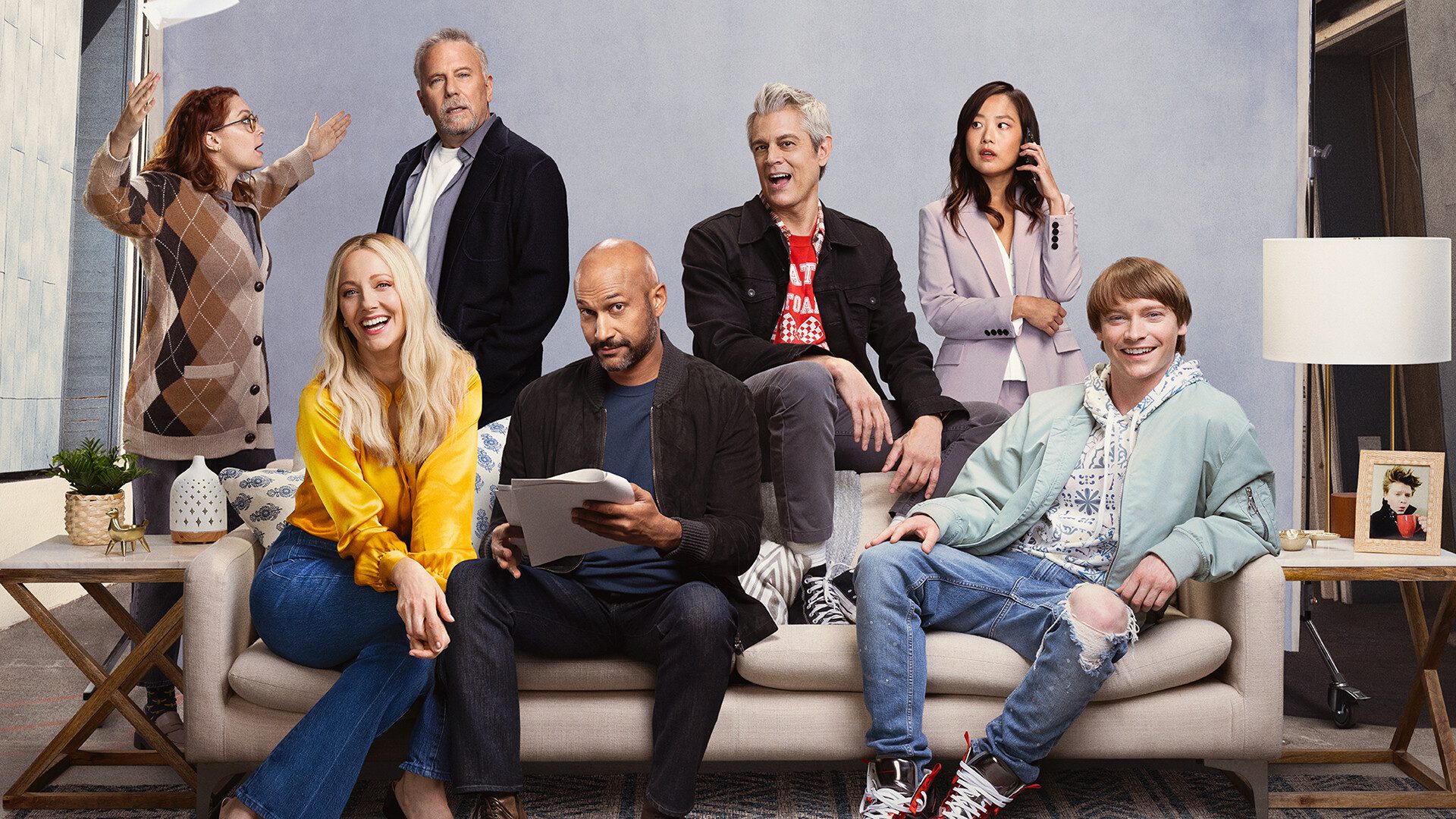 With a trio of episodes under its belt, “Girlfriends” feels like the first episode of Reboot with a grasp on its own episodic formula; there’s no more cutaway jokes, random shifts in tone, or any of the other off-kilter elements shoved in the spaces between scenes. And although the pathos behind Reboot‘s fourth episode is rather simple, it provides a clean runaway for the episode’s stories to hum along – at least until a few clumsy decisions in the closing moments.

On the surface, it might not seem like “Bree tries to understand Timberly’s lesbianic intentions” is something Reboot can wring a lot out of – smartly, the prompt is used more as a device to serve the show’s workplace comedy, than some deep or dramatic character exploration or statement on queer identity, further upsetting the show’s attempts to establish a more consistent voice. By anchoring Bree’s story squarely to her misguided attempts to understand her identity as a sexual fluid (her words!), Reboot is not trying to make a Big Gay Statement about its protagonists, instead using the aftermath of Bree’s sexual curiosity, as a teambuilding exercise of sorts for the other characters.

The most obvious place “Girlfriends” does this, of course, is the ill-fated detective pairing of Clay and Reed, the former feeding the latter’s anxieties about the state of their friendship (especially in the wake of their reactions during the tender on-set moments in “Growing Pains”). Clay, who is mostly just turned on by everything, is a huge fan of Timberly’s previous series, Fuck Buddy Mountain, and gets Reed (already worked up by the news being revealed to him, in a fantastic scene with Timberly) involved. The two turn into the world’s dumbest incarnation of Legs and the Wheel Man, trying to hunt down meaning behind Timberly’s actions (because, don’t forget, she’s a dirty ‘reality star’) and Bree, who is trying to experience the awkward, satisfying afterglow she’s experiencing after her first night with a woman.

However, the story is even better utilized as a uniting force in the writer’s room; as the two generations of comedy writers crack at each other in between an extremely inappropriate discussion of the mechanics (and efficacy) of scissoring, one can almost feel the writers themselves invigorated by exploring the dynamics of a space they’ve inhabited in reality for so long. That kind of navel-gazing can be self-serving and unsatisfying, of course – but Reboot clearly has larger ambitions for what Bree’s experience will catalyze amongst its ensemble, when Hannah reveals that she’s gay, but has never actually come out to her father.

With but a few scenes of the writing room together, Reboot is already starting to take the workplace comedy elements of its story to some really interesting places. The writer’s room is rightfully considered a holy place, a shared space where ego and vulnerability have to be left at the door, to some degree. Yes, it is a professional workplace where privacy should be respected, but in many different aspects, it is a place for an examination of the human condition, a space of reflection that amalgamates a number of different life experiences together to say something meaningful about existence. Those experiences include some really ugly shit; regrettable decisions, awkward experiences, disgusting fluid-related details about sexual experiences – but it all comes from a shared vulnerability in a safe space, where people can use each other as catalysts for deeper understandings of humanity.

Creative theory aside, the writer’s room is a special place in television production (as is the costuming room, the VFX office, etc. in their own rights – you get my point here), and one Reboot treats with a certain reverence; however, when the attention shifts away from industry observations and satire, it has shown a propensity to repeat the same conversation with Hannah and Gordon in each of the first four episodes. Drama happens, tensions are raised… and then Hannah turns to her father and says “You weren’t there for so long, and I’m trying so hard!” (obviously paraphrasing).

This exact beat has been repeated multiple times already; we are four episodes in, and though some time should be taken to establish this, the repetitive nature of its delivery within the context of each episode has easily been the weakest of the show’s many elements. A versatile comedy aiming to do a lot is going to fall a bit short somewhere, of course, but the Gordon/Hannah dynamic is the most important of the series, quite frankly the only thing that keeps Reboot grounded at times(a weightless side plot with Elaine and Zack running around the lot is a perfect example of this).

That dynamic really hasn’t developed in four episodes; and not to say they should be hugging and embracing at the end of the episode or be best friends by now, but Hannah’s identical outbursts are not serving the narrative in any meaningful way. And it’s not like the show can’t do this; it has already found numerous, unique ways to explore Reed’s anxieties about his career and romantic life in these four episodes, all of which boil down to the same point (he is obsessed with being perceived as a phony, or being disliked) just using different characters as catalysts.

I’m not opposed to comedies with slower narratives, or a series that takes its time gradually making a big emotional shift; but at some point, we have to get past Hannah’s “he doesn’t get me!” speech that pops up awkwardly in the middle of the third act, when it feels like the writers forgot to put in the main plot alongside the many other observations and jokes that are clearly its priority.

Where I do think it works is the idea of honesty, and its simplicity; each of these plots feature distinct moments of characters struggling to define themselves, which are teased to the surface when characters put down their own facades. Elaine can have some fun, Gordon can be a little emotionally evolved, and Clay’s already paid the benefits of being honest to both Zack and his mother… the underlying truth in Reboot so far, underneath its veneer of high-concept premises and an extremely busy audio/visual design, is a rather simple one – that is, stop acting, and you may actually discover a bit of truth about yourself.

Regardless, the Hannah/Gordon dynamic still remains an interesting one, even if the genesis of their Big Moments together has been increasingly uninspired; Gordon confessing that he knew Hannah wasn’t straight, but just didn’t know how to talk about it, is an easy sell, another moment Reboot tries to build a bridge between its generations – of characters, of genres, of television production as a whole. And that noble effort is certainly not going unnoticed; though “Girlfriends” isn’t a perfect calcification of what Reboot can be on a week-to-week basis, the blueprint is clearly there – and if continues to anchor itself to the strengths of its performers, Reboot could really blossom into something special in the second half of its freshman effort.