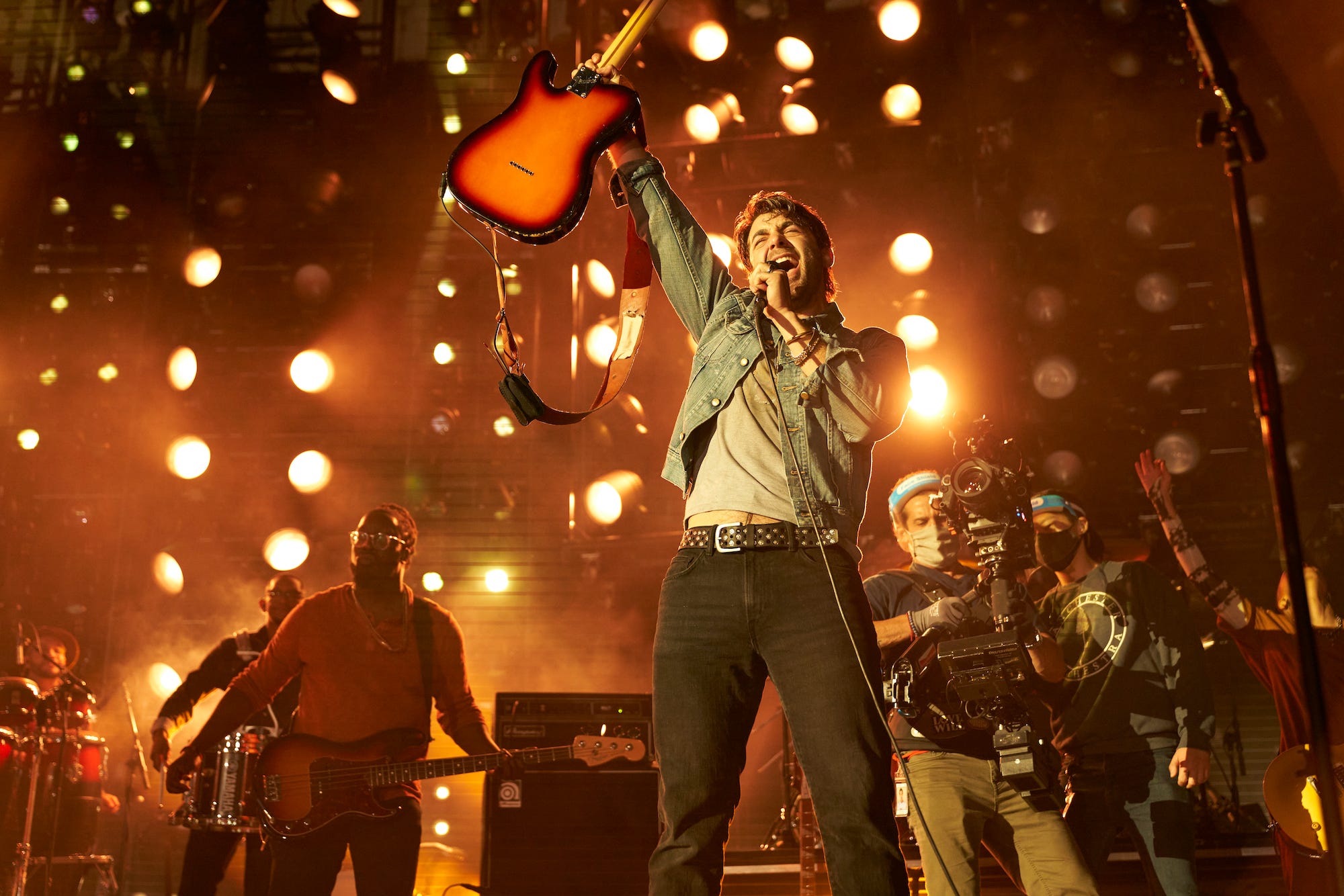 NBC’s first big dramatic pilot of the Fall 2021 season, the James Wolk vehicle Ordinary Joe, is an interesting proposition, if only on paper; after all, the “what if” of life is full of unanswered questions we all must contend with. What if we got the one that got away? What if we took that job? What if we left in that moment, and our lives took a completely different path?

It’s a potent idea; unfortunately, for a 42-minute dramatic network television series, trying to capture the magical whimsy of living those hypothetical experiences is a tall task, one Ordinary Joe seems wholly incapable of embodying. Instead, Ordinary Joe tries to establish its handful of characters in three separate worlds, set ten years after his college graduation. Trafficking in time-lapse nostalgia will sound familiar to This Is Us fans, and it should – Ordinary Joe is blatantly striving to find itself a similar audience, relying on a combination of plot twists and constant reframing devices to try and capture the generations-spanning emotional tenor the Mandy Moore career revival series aimed for.

Whether or not This Is Us does it for you in that way, don’t look for Ordinary Joe to do the same thing; it seems creator Matt Reeves (yeah, that Matt Reeves) overlooked an important part of the series conception, when the choice was made to set its three individual Joes on their own separate tracks, attempting to ground all three in the same basic reality. Unfortunately, this entirely erases the emotional stakes of the series; rather than feel tethered to Joe as he navigates his life and wonders what might have been, we’re stuck ping-ponging between three Joes, three different life situations (all with the exact same characters, living through essentially the exact same events) and three different What If‘s that end up just feeling similarly disappointing through its first two hours.

The inherent plot issue is the most glaring; it is nearly impossible to become invested in any version of Joe, his romantic entanglements with Jenny (Elizabeth Lail) and Amy (Natalie Martinez), or his friendship with Eric (Russian Doll‘s Charlie Barnett) and his family, because they are constantly changing every five minutes. It asks a balancing act of the audience; to navigate all four main characters, all with different jobs, but living through the same physical events and having the same medical conditions, save for a few small “surprises” Ordinary Joe thinks are bigger plot points than they are (for example, in two of the timelines, Joe’s disabled child lives with him… in the third, he was given up for adoption at birth and Joe never even knew he was born! Wow!).

Even stranger is how Ordinary Joe tries to distinguish from his three worlds; mainly, in that the two women in his life are the only defining variables. After all, 10 years later we see Joe is living in NY in all three, has child drama of some sort in all three, and goes to his high school reunion with his buddy Eric in all three. The structure of Joe’s life remains the same… except for his romantic partners, all of which have to deal with Joe’s inherent (if apparently genetically flawed) fertility as the main defining characteristic of their personality.

(Is it weird that Jenny, the white girl, is also fertile in all three timelines, while Natalie Martinez’s Amy is infertile in all universes? Feels a little weird)

Essentially, Ordinary Joe suggests the only variable in his life are the women; after all, the career paths he ends up taking seem to be tethered to those choices. Joe the Rock Star takes a chance on a new woman, Joe the Night Nurse makes the safe choice, and Joe the Cop is single (make of all that what you will); the pilot posits that Joe was indecisive through his teenage years, but with such a big time skip, it’s hard to read that anything that changes in his predetermined path (given Amy and Congressman Diaz have the same medical conditions in all timelines, it seems that is what we’re dealing with here) is due to the romantic choices he makes.

And quite frankly, while that certainly would make for interesting, emotional material, how desperately Ordinary Joe clings onto the romantic entanglements to mine both drama and resolution from just makes for boring TV. There’s certainly ground to be mined in the economic situations all three are in, how his career choices affected his personality and his relationships – I don’t have faith that this show is really interested in those frictions, though. And if the second episode is any sign – which takes place on the 20th anniversary of 9/11, which Joe’s father died in – Ordinary Joe is already spinning its wheels to find interesting ways to develop its story and characters.

Ordinary Joe begs its audience to cry alongside its characters (with plot lines and piano medleys that basically scream “Gimme your fucking tears!”), an emotional neediness undercutting any of the potential intrigue it might be able to find in the miniscule spaces between its three near-identical universes. As Ordinary Joe posits, it can be hard to make a choice and not look back; the show’s unfortunate embrace of Joe’s indecisiveness ensures it will embody its title, rather than becoming something memorable.