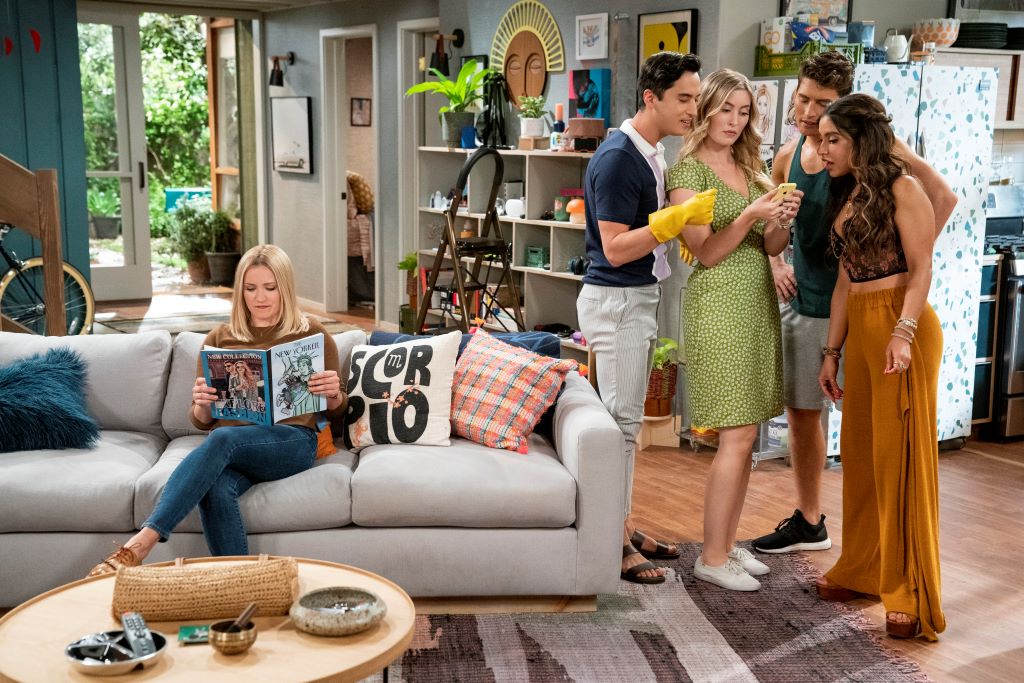 Every sitcom worth its salt needs time to figure it out. Even shows like Cheers and How I Met Your Mother, both of which came out of the gate with dynamite pilots, took months on-air to find the right weekly formula. For some shows, it is a short process; Seinfeld and NewsRadio are a few of the lucky ones that figured it out early, while others, like Two Guys, a Girl, and a Pizza Place took nearly two entire seasons before the pieces fell into place (and hell – The Big Bang Theory arguably doesn’t get good or interesting until after it crosses the 100-episode threshold). To be a great comedy, or even just a good one, is a difficult act of constant knob-turning that’s tough to master, and even harder to do consistently – which makes it even tougher in the modern age of cancellation-happy networks for a sitcom to find itself.

That’s all to say every modern sitcom comes in with the clocking working against it; recent series like Abby’s or the severely underrated Ground Floor are a prime example of what happens when a sitcom is cut off just as its coming into tune, victims of shorter episode orders, and the audience (and production companies) abandoning the sitcom format wholesale. It’s a tough game out there for the unholy hybrid of live and filmed performance that is the lifeblood of the sitcom; and when they come out of the gate sputtering, you can almost hear the clocking ticking down underneath the canned audience laughter.

Even considering all of this, I nearly quit watching Pretty Smart, Netflix’s latest attempt to breathe life into the format, five episodes in. Created by Crazy Ex-Girlfriend alums Jack Dolgen and Doug Mand (who also hails from How I Met Your Mother) and produced by The Legend Pamela Fryman and Kourtney Kang, Pretty Smart‘s 10-episode first season offered the kind of pedigree that made me hopeful for Pretty Smart‘s vaguely The Odd Couple-ish premise, which sees nerdy intellectual Chelsea (an always-welcome Emily Osment) move in with her airheaded sister Claire, and collection of dumbass roommates (a spiritual healer, social media influencer, and personal trainer… can you guess it is set in LA?).

But holy shit, the first half of the ten-episode first season are a doozy of painfully unfunny punchlines, and an overwhelming lack of cohesion in the show’s writing and performances. Every show goes through some world building growing pains, but the journey of Pretty Smart through the fourth episode, “Check This, Mama! It’s a Laura Dern Party!” (my god, are the episode titles annoying), is an mind-meltingly painful one. Without getting into the details of the arbitrary conflicts and laughless character bits, just know that if you’re going to hop in for the ride of Pretty Smart, it is not going to be a smooth one, from the overbearing neediness of Jayden (Micheal Hsu Rosen) to the consistent punching-down on Solana (Cinthya Carmona) and her ‘healing’ career.

Even the laugh track isn’t feeling it; there’s no amount of sound editing that can save Pretty Smart from the awkward jokes of Claire (Olivia Macklin, stuck playing the most bubbly idiot on TV in 2021), or the wooden presence of Grant (Gregg Sulkin), the pretty boy personal trainer whose punchlines are identical to Claire’s, in that both characters are very stupid and naive (and also have a previous romantic entanglement). This would be somewhat tolerable, if Chelsea wasn’t immediately stuck between them, a romantic triangle that introduces itself so early in the proceedings, it feels nakedly desperate (the show leaning into farce early on, was also not a promising sign of things to come).

Everything felt unearned and disconnected, a collection of personalities projecting themselves to the audience, like a bunch of one-person shows being performed in concert with each other. A good sitcom understands the importance of balance, the infectious nature of chemistry; I mean, people still watch Friends, which is more than 60% terrible (yes, that is a scientific number – we’ll talk about that one day), because of the symbiotic nature of everyone’s performances. Pretty Smart is written and performed not out of inspiration or connection, but desperation to stand out – and it is largely unpleasant to watch.

HOWEVER, when Pretty Smart drops into its fifth episode, “Yikes! Grant asked Chelsea for a favor!” (don’t worry, the episode titles get worse – episode six is titled “Here’s the tea! Jayden found a pottery twunk!”), the show slowly begins to stir for life. It helps that episode has one of the season’s better framing conflicts, which breathes some much-needed life into the overarching story, and finally begins to offer some honest interactions between characters. For a sitcom nerd like myself, seeing that slight shift in dynamic perked my ears; could Pretty Smart escape its doldrums, with roughly 100 minutes left on the clock?

The answer, as surprising as it may sounds, was (mostly) yes: the recalibrations Pretty Smart experiences in the back half of its first season are unexpectedly dynamic, and cumulatively have an enormous effect on the show’s general quality. Osment is always a pleasure to see in this format (go check out her arc on Mom if you haven’t yet – it’s arguably the best guest run in the series), and the show slowly begins to lean into the nuances of her performance, previously drowning among the Big Personalities and Big swings and misses at humor in early episodes.

Some of this change is narrative: avoiding the strangely specific list of spoilers provided by Netflix, the stories of season one’s back half become a lot more character-curious, poking at established bits of personality and interpersonal dynamics the show’s gaudy opening episodes had no interest in. And over those five episodes, Pretty Smart saved itself from the doldrums of 2 Broke Girls – by the end of “I mean… just watch!”, Pretty Smart had begun to harken back to something like NBC’s Undateable, a show about dumb people and romance that similarly took a long time to find its creative footing (unfortunately, it was also primarily a Chris D’elia vehicle as it evolved, which has not aged well).

(Did I mention Jake from State Farm shows up in a supporting role? It’s certainly better than Kevin Miles’ other starring role this year, as a walking advertisement in NBA 2K22’s MyCareer mode).

There’s still a long way for Pretty Smart to go before it can really be considered in the Pantheon of Good Sitcoms; but the effort, at least in those final five episodes (which even begin to sprinkle in some recurring jokes, which really helps to build some bridges between the strange, annoying group of main characters), pays a lot of dividends. There’s still some obvious glaring issues by the end of its tenth episode – like the central romantic conflict, which is so laughably uninteresting, no matter how great and vulnerable Osment’s performance gets – but by the end, Pretty Smart was, well… pretty watchable, which is no slight compliment given the pathetic baseline it had established for itself.

Which leaves the question: should Pretty Smart get a second season? I mean, at this point, my decade-long mission to Save the Sitcom has been a long, arduous journey, one strife with disappointment, cancellations, and the wish that they had just made Great News a goddamn multi-camera sitcom (show was still great, but c’mon). So it’s hard to say no to the proposition of a second season, if only to see Emily Osment continue her legacy of underrated performances in surprising places (though man, I wish she got more to do on The Kominsky Method‘s first two seasons). Pretty Smart is decidedly not a great show, and although it is never really a good one, there is juuuuuust enough growth in its first season, that I’d watch another season to see where things go. It’s not high praise, but it certainly ain’t nothin’.