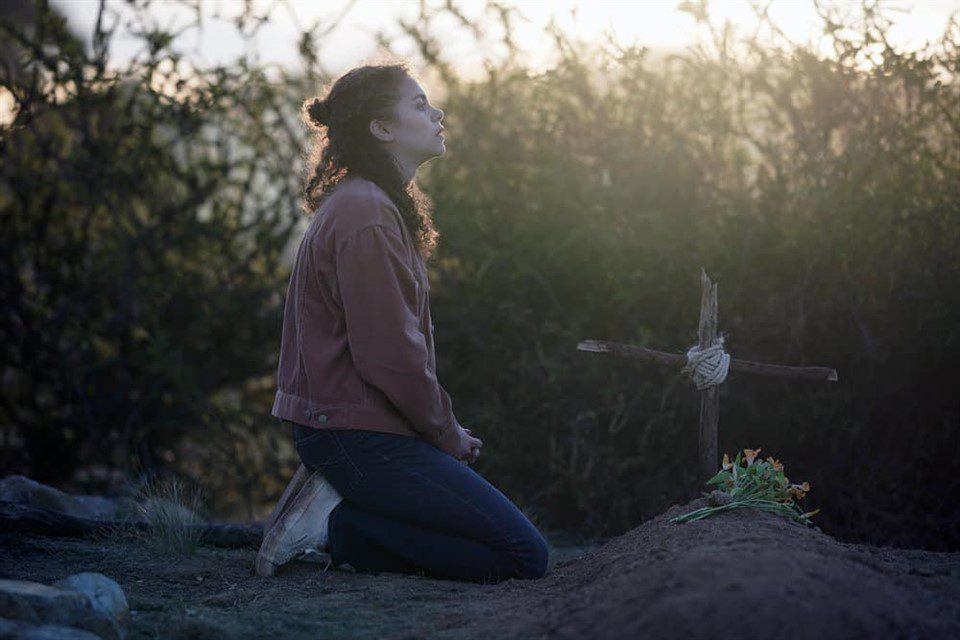 The opening sequence of “The Way Home” is the most promising La Brea‘s offered since the series pilot; there’s an undeniable sense of momentum that’s caused when the episode opens with Gavin and Rebecca standing off with the feds, and those on the other side of the Time Gash realizing they might have a chance to escape via Levi’s plane before the Gash (inexplicably) closes. All of a sudden, La Brea offers its audience some coherent dramatic stakes, with the potential to finally spark NBC’s science fiction freshman to life. Unfortunately, “The Way Home” is yet another hour of laughably thin plot beats and interactions that do little but serve as a reminder of La Brea‘s thoroughly uninteresting world and characters.

There’s certainly no lack of material in “The Way Home”, to the point the whole scene with Veronica knocking Ty out with a big stick is abandoned the moment we cut away from it; though given how poorly La Brea handles its plot, this isn’t necessarily a bad thing. What it does represent, however, is a drama clearly struggling to find balance; there’s a lot of spaghetti being thrown at the proverbial wall in the first six hours of La Brea – from island tribes to broken marriages, drug kingpin families and government conspiracies – but it doesn’t feel like a show confident in any of it sticking in any meaningful way.

Maybe this is for the best, though; La Brea was certainly a more entertaining watch when we had a trunk full of heroin only kids knew about, and regular appearances from CGI animals (which I guess have been replaced with CGI planes? not a great trade, in my book). What we now have with in the past three episodes is a mind-numbingly formulaic drama; introduce scene, have characters interrupt each other to explain their feelings, and then rush through an unsatisfying plot reveal with ten seconds left in the scene, usually accompanied by “you’re not going to believe this” or “we don’t have time for the whole story, but I’ll tell you this”, phrases used so often one could make a terrific drinking game out of it.

La Brea is just failing to cover these plot mechanics with anything interesting; it almost feels like veteran TV director Adam Davidson (directing his second episode this season) is just asleep behind the director’s chair, an utter lack of creativity failing to offer even the most superficial, blemish-forgiving pleasures one might expect from a supposed Prestige Network Drama. From top to bottom, every element and twist of “The Way Home” either furrows the eyebrow or glazes the eye, which is not what one is looking for from The Most Exciting New Drama on Television (or at least we’re told; it has been a pretty bad pilot season, for what it’s worth).

When La Brea can move quickly from scene to scene, it can almost cover up these faults through sheer density; cover anything with enough sugar, and it might start to gain a favorable taste (it’s not an approach I agree with, but I also regularly see people order coffees with seven creams and sugars in them). But La Brea isn’t interested in really being tantalizing or interesting, as it lumbers from its trope-y introduction of Diana, Rebecca’s girlfriend and the only one left from the team to go through last Time Gash precisely 1,123 days ago (if she’s been here nearly four years, how is her outfit so fucking clean? WHY IS EVERYONE SO FUCKING CLEAN???) to her inevitable murder, at the hands of Marybeth – who one might call an enigma, if the show had any way to define her beyond “woman who we spin the camera around a lot so she seems ambiguous”.

Whenever it slows down, La Brea just gets laughably bad, and feels like each scene of the show is written in complete isolation from each other. You can do this with any character (just look at Josh, who goes from Decision Maker to Pissy Teen faster than you can say “Mommy”), but Izzy is perhaps the most illuminating example. In “The Way Home”, Izzy follows up her pleading with Gavin to not go through the Time Gash (from last week) by pleading with her father to go through the Time Gash – yes, we learn the TG is closing quickly, but La Brea does nothing to re-contextualize how she thinks about each situation, and why her feelings would change beyond “well, we need her to act this way for Max Drama”.

When we next see Izzy, it’s her greeting Agent Markman (which would be a great name, if this show were 60% better, or 30% worse) and his cronies, strutting and gloating as her father and Rebecca made a not-so-secret departure. She was almost obnoxious in the moment, a self-righteousness thoroughly unseen from her character before (she’s also not great with snappy quips, which makes her shit talking horribly awkward)… and then the next time we see her, she’s crying and yelling at her dad to not go through the Time Gash.

At this point, I have to ask what we’re even doing here – and when you throw in the hasty introduction of the lesbian wife who is then immediately murdered, and that whole “Ty and Eve squeeze hands and exchange a glance” moment on top of it all… I’m struggling to understand what “The Way Home” is even trying to say. Is it questioning whether the future is set in stone (given that Gavin saw the remnants of Levi’s plane, and seemingly prevents it)? Is the balance between protection and sacrifice parents look to make from their children?.. Is it that pilots will do whatever they fuck they want, except when under threat of being shot down by F-15’s?

“The Way Home” ostensibly wants to be about all these things; but all it has to offer is a washed-out flashback (with a camera operated by someone on a pogo stick, it seems – what an awful looking scene), and another handful of winks that no, no – what’s coming next is actually the interesting stuff, not the shoddily-constructed present La Brea is making its audience suffer through.

(oh yeah – remember that fort, and the “natives” we saw before? Apparently nobody on La Brea does, either).

By the time Rebecca is teasing another plotline before she jumps through the Time Gash (just in time to touch the cooling body of her dead fiancee, of course – gotta have some Gay Misery), La Brea feels like its utterly lost the thread, to the point it feels like the costuming and writing departments are already phoning it in (seriously – WHY is everyone so fucking clean and put together? Talk about breaking the fourth wall). As the Time Gash closes and the La Brea survivors meekly watch on, there’s an undeniable feeling that NBC’s latest attempt at the high-concept drama has fallen flat on its face, and can’t find anything to bring itself back to its feet.