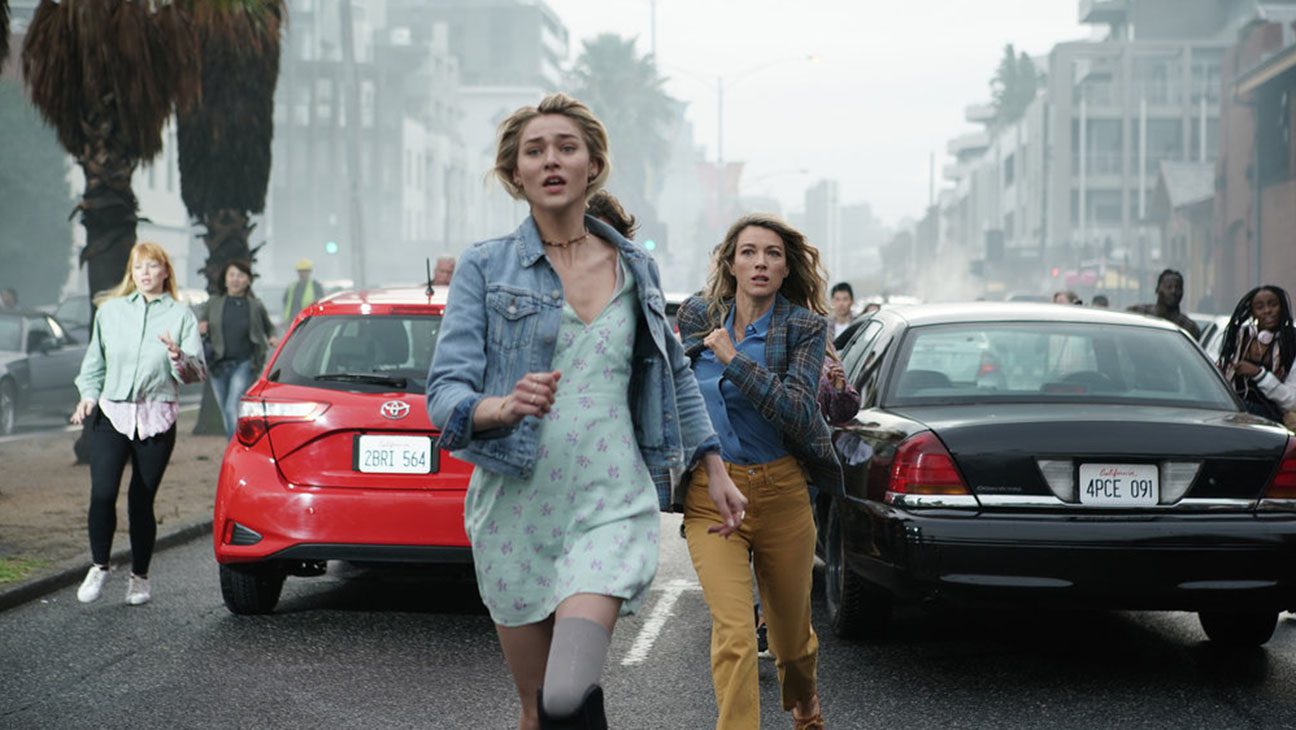 La Brea‘s first hour harkens back to a oft-derided era of television I genuinely miss; the Era of Convoluted Premises, a near decade-long period that brought us shows like FlashForward, The Event, Timeless, Revolution… the list goes on and on, a parade of solidly-casted ensemble dramas with big eyes and big hearts – and unfortunately, often empty minds. La Brea, with its high concept mystery premise and Fall Pilot-ready CGI moments, feels like a 2.0 version of these many failed series (coming on the back of NBC’s cult hit Manifest, which they recently canceled and Netflix subsequently revived); while it parades in abundantly familiar premises and characters, the pilot’s sense of movement and confidence belies potential many of the series before it never even glimpsed. Time will tell whether plot will win over character (the ultimate test of these shows)… but there’s certainly a bit of intrigue in La Brea, in part because it doesn’t completely fumble the bag in its first 40 minutes.

That’s not to say La Brea is a particularly elegant incarnation of this stylish, ambitious brand of drama: after two minutes of introducing Eve (Natalie Zea) and the rest of the Harris family nucleus, the flashy sinkhole occurs and then it’s off to the races, a bombardment of character introductions, premonitions, dramatic moments, and nods to conspiracies. Thankfully, that’s when the pilot is at its best; its resistance to stasis, in a way, is refreshing, a relentless push to the next establishing scene, the next flashy moment, or another nod towards a future plot point. Though none of it feels particularly original (instead of Terra Nova‘s intentional portal, La Brea has a possibly intentional sinkhole), the pacing of La Brea is rather promising, offering a popcorn-friendly romp through mysterious plots and the kind of cheap-looking TV CGI the true ones really appreciate.

Problem is, the few moments where La Brea slows down for a minute, it struggles with anything beyond Scriptwriting 101 moments of exposition and conversation (you know the type, where strangers tell each other about their self-perceived shortcomings and misconceptions). Our paternal protagonist, Gavin Harris (Eoin Macken), is basically a series of bullet points, an alcoholic former pilot who goes from sullenly drinking in his car, to taking charge in the unsettling catastrophe unfolding in the La Brea neighborhood. Other characters, like Scott “I have eclectic tastes” or Sam “I’m a doctor!” Velez (hey, Jon Seda!), are too thinly defined in this opening hour, a natural byproduct of a pilot concerned with establishing plot and tone over its characters. What moments are offered feel obligatory – especially while we’re in the modern Los Angeles, where the political machinations and father/daughter dynamic already feel marginalized, secondary to the enormous gravity of whatever is happening in (what we can assume) is prehistoric LA.

There are also signs this show just really wants to be LOST; not only is it casually mentioned in worst kind of eye-winking way, but La Brea imitates a number of iconic bits from the inherent master of the genre, from a mysterious Danielle-like figure (who has clearly already been on the island), to the numerous shots in the middle of the pilot that explicitly mime camera placements, movement, and shot compositions from LOST‘s grandiose beach landing scene. Does that mean we are going to get the same metaphorically rich exploration of family, philosophy, and religion? I wouldn’t hold my breath; given how little time is spent developing its characters in interesting ways, it feels like La Brea is hoping to ride a wave of dopamine-fueled drama to carry its audience through its first few episodes.

However, the promise of Zoo-esque CGI animals and a show addicted to endless, pointless mysteries delivered by a bunch of solid performances, is just too goddamn tempting to pass up. La Brea may ultimately fall alongside FlashForward and Alcatraz, just another forgotten experiment to try and recapture the bottled lightning of ABC’s oft-imitated, still-never-replicated series, but I’ll certainly never give up hope we’ll find a true heir.