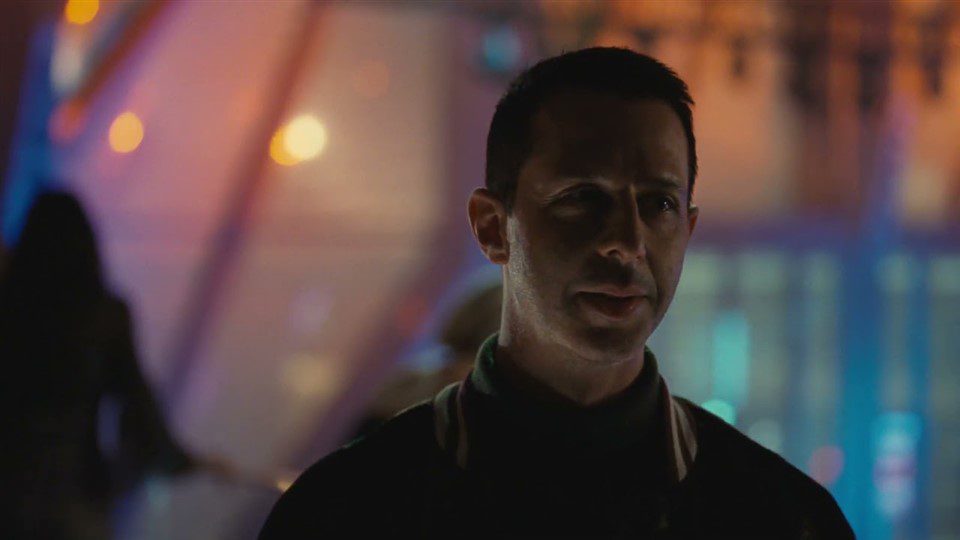 The proposition of a Succession episode set at Kendall’s 40th birthday party almost seems like a trap; if there’s a setting for the series to get a little too excited about itself, it would be an ironic celebration of the chosen child’s fall from grace, masterfully constructed by the self-imploding narcissist himself. Understanding those stakes, “Too Much Birthday” strikes a tough balance between an appropriately sardonic reflection on the man that is Kendall Roy, while still pushing a number of characters towards rock bottom – and season three towards its climactic moments.

It does so, mostly without Logan Roy appearing at all; though the patriarch’s shadow casts itself heavy over “Too Much Birthday”, his voice is mostly absent outside of an early scene, where he curses GoJo’s CEO Lukas Matsson for no-showing him on a meeting (and a brief appearance celebrating the DOJ seemingly backing down from their case against Waystar). His presence looms large at Kendall’s birthday party, which is masterfully staged as an event nobody cares about attending – allowing the episode to let Ken’s ostentatious, masturbatory 40th birthday party serve as gasoline for the larger stories of season three at play (staying on brand, even “Too Much Birthday” is only tangentially interested in the actual staging of Kendall’s self-immolating birthday party).

Smartly, Succession has no interest in recreating Kendall’s many disastrous public moments on a grand scale; as Ken slowly realizes through the episode, there’s no point in crucifying himself ironically, because nobody’s even paying attention anymore. The DOJ is quieting down, Shiv and Roman are fighting to seal a deal for Daddy’s love, and Connor’s polling at 1% nationally (“That’s four million people!”); nobody gives a shit about Kendall turning 40, except that it is another opportunity to see an asshole fist himself for a few hours.

That realization, allows Jeremy Strong to do what he does best; weave an intense path through the center of “Too Much Birthday”, allowing every single shade of Kendall Roy to illuminate the building plots of the season’s final act. When we first see him, he’s singing Billy Joel’s “Honesty” while the production team hoists a large wooden cross up behind him; by the middle of the second act, he’s standing alone in a room full of flames (literally, as a bunch of TVs unnecessarily project massive orange flames all around the room he’s in), as he watches his entire facade unravel in slow motion.

Shrewdly, Succession and credited episode writers Georgia Pritchett & Tony Roche, deny the audience the implosion they know we so desperately want. When Kendall does finally self-destruct over his children’s lost birthday gift, it is alone with Naomi in a room full of gifts he doesn’t want (including Naomi’s), realizing that he’s jealous of some dude either named Kevin or Gary, who gets to spend Kendall’s 40th birthday at home with his kids. Letting that moment be private, while so many others (including the audience) are waiting for a Big, Memorable Moment to happen, is a genius play on expectations, as well as a reminder that Succession is continuously paying attention, riding the fine line between ingenious and overly self-aware with the balance of Philippe Petit on a summer morning.

In an episode where both Kendall and Waystar are trying to solve a “scale issue”, “Too Much Birthday” is surprisingly Roman’s dark hour of victory. In a season where the expectations for a huge Kendall vs. Logan war were set, the real battle this year’s been between Roman and Shiv – and like father vs. son, sister vs. brother has equally been a blowout, which Roman celebrates to the fullest. Almost like a villain’s coming out party, Roman laughs off questions about his father’s death, admonishes his siblings for their various failures in the eyes of his success, and shoves the birthday boy to the ground; it’s almost cartoonish how much Roman reigns over this hour, seemingly empowered by the combination of snuggling fascists and tech creeps (Matsson repeatedly mentions wanting “good pussy” handed to him, so he can leave the party he’s openly disengaged from) fueling his rise to the top of Daddy Royco’s good graces.

He’s even got Logan to sign off on a $2 billion buyout for Kendall, a proposition I hope Succession seriously entertains in these final two episodes. It would be easy to brush this off as a distraction to fill space between larger plot beats, but Succession‘s ability to zag unexpectedly with arcs is a prescient one to remember with the catalyst of Logan and Roman’s birthday card (which Shiv has no idea about, the 46th thing that pisses her off in this episode). I mean, there was 2% of me that thought Kendall might just jump off his balcony at the end of the episode, wrapped in a child-like blanket while being coddled by a girlfriend he’s probably partially dating because his dad told him he couldn’t (plus, you know, the optics of fucking a rival company’s disgraced heiress… Kendall’s broken mind could never turn that proposition down)… that is a testament to Succession‘s ability to always keep its options open, as flexible and nimble a prestige drama’s been able to be in recent years (see what one can do when freed from the reins of adaptation?).

However, the inclination to call “Too Much Birthday” the best episode of Succession ever would be an easy one, and I don’t think it is quite up to the level of the season two finale “This Is Not For Tears”, or season one’s “Which Side Are You On?”, the lightning bolt that brought Succession into the televsion’s upper echelon. The stakes here are visibly lower, especially when Kendall backs away from the most outrageous of his birthday stunts (his inexplicably sad, desperate “set”, which included the Billy Joel karaoke) – and ostensibly, “Too Much Birthday” is a stage setting hour for the final two hours to come, which by definition mutes its effectiveness. We don’t learn anything new about Kendall here, we mostly observe the bruises he’s tried covering up in ugly new lights; the same for Roman and Shiv, whose proxy war with Dad is basically over once Roman points out that they left her out of the boy’s club, and her miscalculations, which they’ve all had (remember, Roman was responsible for a fucking rocket blowing up) are singularly disqualifying.

These are great moments, of course, but in pushing things forward, “Too Much Birthday” hesitates to commit; though it is a smart move, it may leave some hoping Kendall’s birthday would be the season’s climactic moment. Its dramatic intentions are decidedly different; it’s easy to read Kendall’s sad, but restrained resignation as a sign that Succession is holding its best cards close to its chest, instead disguising his party as a a catalyst for the stories of other characters. We already knew Kendall was going to have a moment of reckoning; how muted it is (at least in this hour; we know this will not last) is impressive in its own right, though the vibes are definitely different than what many may have expected from the hour inside Kendall’s twisted artistic vision.

All in all, “Too Much Birthday” is mostly satisfying by being unsatisfying; by the end, we’re all Tom yelling at actors throwing compliments his way. Succession is so good at following through, that it’s sometimes hard to enjoy the tease or build up; similar to something like Game of Thrones, obsessing over the details of its characters internal decisions is enticing, and one the show knowingly leans into. However, an allegiance to meticulous pacing is at the heart of any successful production is a demanding one(Game of Thrones was always like Kendall in that way, listening to the instructions of the stage manager, understanding the pacing, but panicking and making a left-turn at the last moment out of fear of audience reaction)… thankfully, Succession proves once again with “Too Much Birthday” that it knows where its going, an expertly crafted chapter setting the narrative cogs in motion for the much-anticipated final chapters of season three.