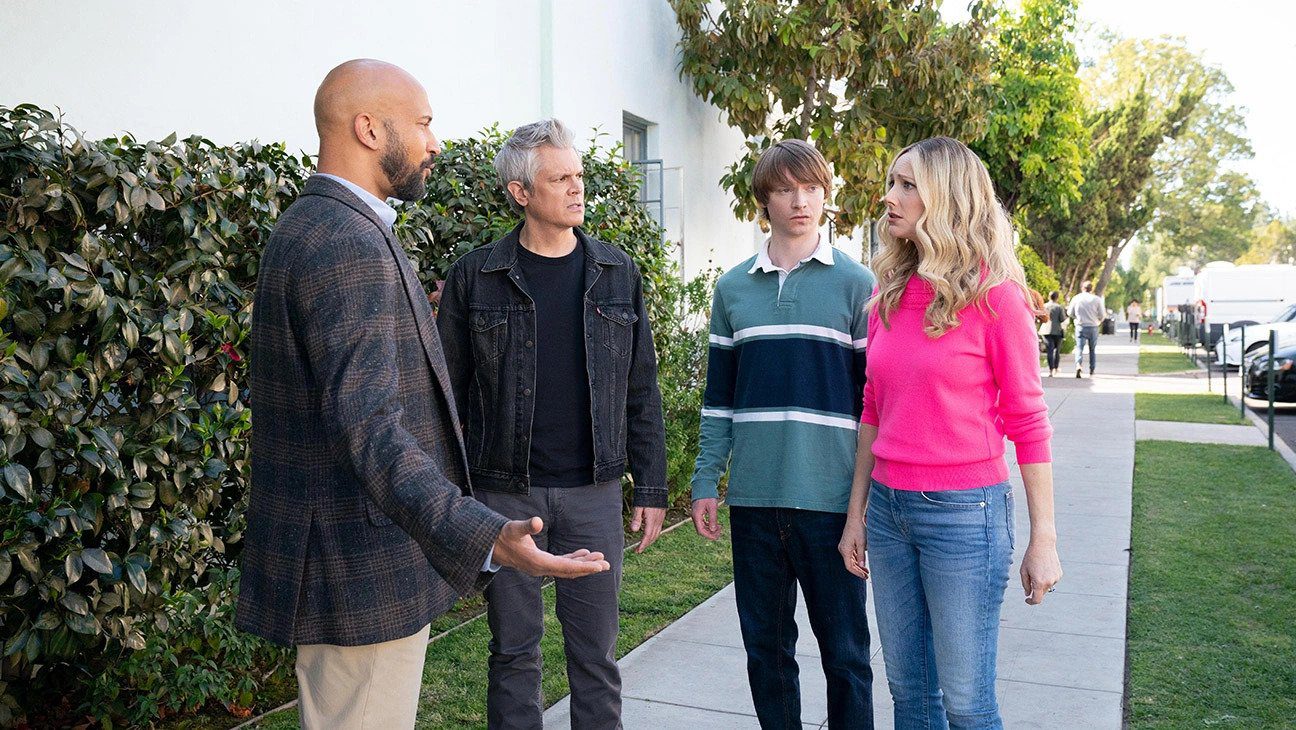 If there was a sitcom premise created in a lab to specifically please me, “metatextual comedy about a sitcom revival and the behind-the-scenes drama starring Keegan-Michael Key, Judy Greer, Rachel Bloom and Johnny Knoxville” would probably be it. Putting aside the pleasure synapses firing off in my brain just writing that sentence, of course, the premise of Hulu’s new comedy Reboot (whose first two episodes debuted today) is so good, it seems too easy to fuck up, requiring an almost Arrested Development-like balance between genres and tones – which, in most cases, is not something sitcom debuts in recent years have been able to juggle effectively (or, let’s be honest, those Netflix seasons of Arrested Development).

But alas, there may be a light at the end of the jokeless tunnel of the past few years; Reboot is one of the funniest sitcom debuts in ages, establishing itself immediately in the middle of a television landscape utterly devoid of confident storytelling. Under the guise of Levitan and a writing staff that includes David Feeney (who was a co-EP on Ben and Kate, the most underappreciated sitcom of the 2010’s), Caroline Fox (The Mick), and John Quaintance, Reboot‘s more traditional approach to storytelling – within the bounds of its very 21st century stylistic choices – feels defined (and honestly, abundantly refreshing) at key moments in the first two episodes, offering itself a sturdy foundation modern young comedies often flounder for 8-10 episodes trying to establish (see: the first season of How I Met Your Father).

One can almost feel the decades of influence, and how Levitan and company find harmonic dichotomies between writing and production styles; the pilot in particular has a workmanlike approach to setting up its characters and dynamics as it introduces us to the reunited cast of the 2000s sitcom Step Right Up, working together on a reboot of their iconic series at Hulu, written by up and coming showrunner Hanna Korman (approved by a Hulu exec who considered himself brave for “greenlighting the fifth season of The Handmaid’s Tale, in what is immediately a strong contender for the best cold open of 2022).

Though many people will point to Modern Family and 30 Rock as the show’s most prescient influences (30 Rock in particular, given how much Korman’s costuming is Liz Lemon-esque), it’s Levitan’s experience as a writer on shows like Wings and The Larry Sanders Show that define the show’s early rhythms – underneath the veneer of its shaky single-camera style and musings on the state of modern television production, lies an opening pair of episodes built on the classical foundations of 20th century situational comedy.

Sure, it feels a bit dry as Reboot works its way through the backstories of its shows stars, but that adherence to structure is ultimately what allows the young comedy to ground itself – and quite frankly, get to the fucking point (under different guidance, it would take three episodes to get this much information out). Each of Step Right Up‘s former stars falls neatly into an archetype, one that allows Reboot to explore both its comedic and satirical voices with characters like former co-stars (and lovers) Reed Sterling (Key) and Bree Marie Jensen (Greer), retired wild boy actor Clay Barber (a silver-haired Johnny Knoxville) and 26-year old child actor Zack Jackson (Calum Worthy, finally finding a good post-American Vandal role).

Set entirely on Step Right Up‘s production lot, both “Step Right Up” and “New Girl” are rich with character moments, propelled by Key and Greer, two incredibly versatile, underappreciated performers. They’re almost too good at times; Reboot encourages itself to do this on a script level, which at times make this pair of episodes feel scatterbrained, thoroughly unmoored from a coherent comedic identity.

That’s a sentence that mostly sounds like bullshit word salad, but here me out: Reboot‘s first two episodes are genuinely good, offering a surprising amount of engaging moments and ideas – especially with co-showrunners Korman and Gordon Gelman (Bloom and Paul Reiser, whose career resurgence knows no limits), whose complicated shared past is an important emotional anchor, grounding the heightened reality of its quasi-mockumentary on both sides of the fictional camera. But their story has to co-exist alongside so many others; new actors joining the cast, the show’s meta-reflections on sitcom production and the Hollywood machine, the interpersonal conflicts arising from characters introduced in “New Girl” ( including a fictional Hulu executive, a proposition that both excites and frightens me)… there’s a lot of ground Reboot wants to cover, and its insistence on doing a little bit of everything (like having one random cutaway in the middle of an episode) could make for a very flashy, but flat comedy in the long-term.

Even if “Step Right Up” and “New Girl” are the best two episodes of the series, Reboot would still contend as one of the best new shows of the fall – and at least for these eight episodes, should provide an interesting petri dish of creative and performative energy that makes for interesting, if deeply flawed television (which sometimes, is the best kind of television!). I’m fairly confident this isn’t another Studio 60 on the Sunset Strip (because I mean, what else could be Studio 60), but the promise of Reboot and its many competing identities does reminds me of another precarious proposition: baking recipes. If you don’t have the exact right measurements, temperature and timing, your beautiful cake will emerge a smoldering turd of burnt sugar and defeated flour. That’s to say there’s not a lot of room (or time) for Reboot if it fucks up, the kind of pressure that can make or break a young series.