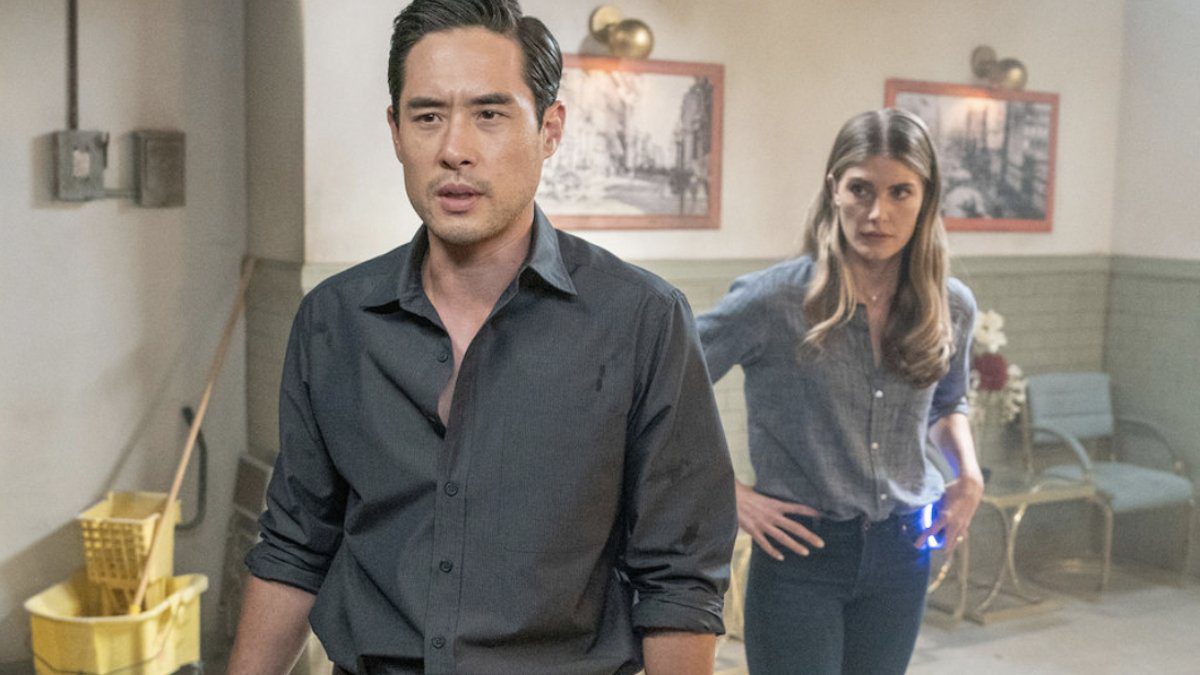 Between Quantum Leap and The Pretender, NBC had a real good run with “shows about dudes who change lives every week” through the 1990s, series that existed at the genesis of serialized storytelling on network television. It’s a formula networks have direly failed to embrace in the 21st century, especially in the post-LOST and Desperate Housewives era, when desperate serialization become the de facto anchor guaranteed to sink a new series. Unfortunately, the first hour of NBC’s Quantum Leap revival is devoid of personality, excising the key ingredients that made NBC’s predecessors so watchable in favor of convoluted storytelling, nonsensical character motivations, and some truly awful cinematography.

Set 30 years after the quirky, offbeat original series, Quantum Leap is a direct sequel to its namesake, referencing Sam Beckett – and also featuring ‘Magic’ Williams, a character from the two-part, Vietnam-set season 3 premiere of the original series (played then by Christopher Kirby, and here by Ernie Hudson) for some strange reason. Yet outside of some lip service, one would be hard pressed to tell how – or why – it is important for this show to be connected to the original. Quantum Leap certainly wants us to know of its legacy, even as this new iteration abandons everything that made it unique.

Whether showing a hologram of Beckett, the prominence of Ziggy in the pilot’s plot, or the multiple mentions cribbing lines of dialogue and philosophies right out of the original series, this version of Quantum Leap wants us to know it knows about the original too, even if it distinctly avoids every shred of its predecessor’s personality.

In the original, Scott Bakula’s Beckett was a man without a country, the Samurai Jack of his time, if you will. Thanks to a slow rollout of his backstory and a resistance for showing us the world Beckett came from, Quantum Leap was a quasi-comedic road trip through the late 20th century, one that developed its own quirky, sci-fi enhanced tone over its five-season, 97-episode run.

Out of the gate, Quantum Leap has none of that; it is more enamored with setting up nonsensical mysteries and overarching plots, to the point that none of its characters feel moored to anything except Ziggy, the AI that is non-functional for half the episode (and never speaks). It puts a particular dampening on Ben’s first leap, into a 1985 that feels like they forgot to hire anyone to do costuming or set dressing for (or even visually recreate) the time period, outside of a two-second clip of David Bowie and a licensed song in one scene. It is laughable how little of Ben’s trip into 1985 feels like a trip out of time; if you remove any dialogue about time travel, it would just appear that Ben was running around in the present, coached by a bitter hologram (Ben’s fiancée Addison, who he mysteriously usurped as the “leaper”) to help out a random non-character, with a story that revolves around the Hope Diamond.

Everything about this pilot comes out of the gate in the flattest, most unimaginable way possible, right down to the show’s godawful visuals, full of blatantly obvious green-screen backgrounding and some insanely poor lighting. How does one make both 1985 and 2022 feel gray and flat? “July 13th, 1985” is a masterclass in lifeless filmmaking; which, being directed by Thor Freudenthal (responsible for some gorgeous shots on The Expanse‘s “Caliban’s War”), comes as a surprise. It is straight up hideous in segments – including a driving sequence that ranks among the most disastrously lit scenes in recent memory, a scene with such poor lighting and FX design one can almost see the walls of the production lot in the background.

It all makes for a pilot that feels like it wasn’t ready for primetime; none of the interpersonal conflicts are established between all of the nonsense dialogue, most of which concerns a one-off plot about a diamond heist that literally nobody cares about. None of its characters feel lived in – and most importantly, Ben isn’t given a personality outside of “mysterious dude who bounces on his entire life to take his fiancée’s dream job” – which could be interesting, if it was anything revealed or explored with any sense of gravitas! It makes for an episode of television that feels uncaring, cold in its approach to its source material and workmanlike in its insistence to make the most boring creative choice at every possible turn.

Most importantly, its attempts to build mystery around its protagonist just make him kind of an asshole; outside of his doe eyes at the prospect of a criminal being killed in 1985 (bc he has a family!), Quantum Leap forgets the most important part of a good dramatic, science fiction series about time travel – having a protagonist people give a shit about. Ben Seong, based on what we see in these first 45 minutes, is just kind of a selfish asshole, one driven by an unknown entity to usurp his girlfriend, colleagues, boss, and the government, all to… carry on the mission of Sam Beckett, a man who he no longer remembers after he jumps?

Perhaps the most important part of the original series was how Sam Beckett always wanted to get home, but never did – it is telling that the most impactful line of the 2022 pilot is a reference to this, and how Sam “never made it home”. But Quantum Leap never gives us a compelling reason why these characters, or NBC as a network, took up Beckett’s mission to make the world a better place – in its pursuit of being a flashy show with audience hooking mysteries, Quantum Leap forgot to be an actual television show, one with interesting characters that pull in the audience.

It’s that lack of conviction that sticks with me; Quantum Leap doesn’t have the confidence to exist entirely in Ben’s world, bouncing back and forth between perspectives and time periods, which just leaves them all underdeveloped by the end of the first hour, when it is revealed the daughter of another character from the original series is somehow involved with the genesis of Ben’s journey through time. Then, we cut to Ben launching into space, and cut to credits – all gestures towards actual storytelling, without any of the craft and legwork done to establish that connection to the audience.

Quantum Leap certainly has room to grow; again, NBC has a long track record of utilizing this premise very effectively, even if it came on cult series it never truly appreciated (a beef for a different day!). But every step of this pilot feels like it was designed by an AI more unfeeling, cold, and silent than Ziggy itself, a straight-faced, hideously underwhelming first hour that couldn’t have miscalculated more what made it such a watchable series thirty years ago (all of which is available on Peacock!), or might make it interesting in 2022.