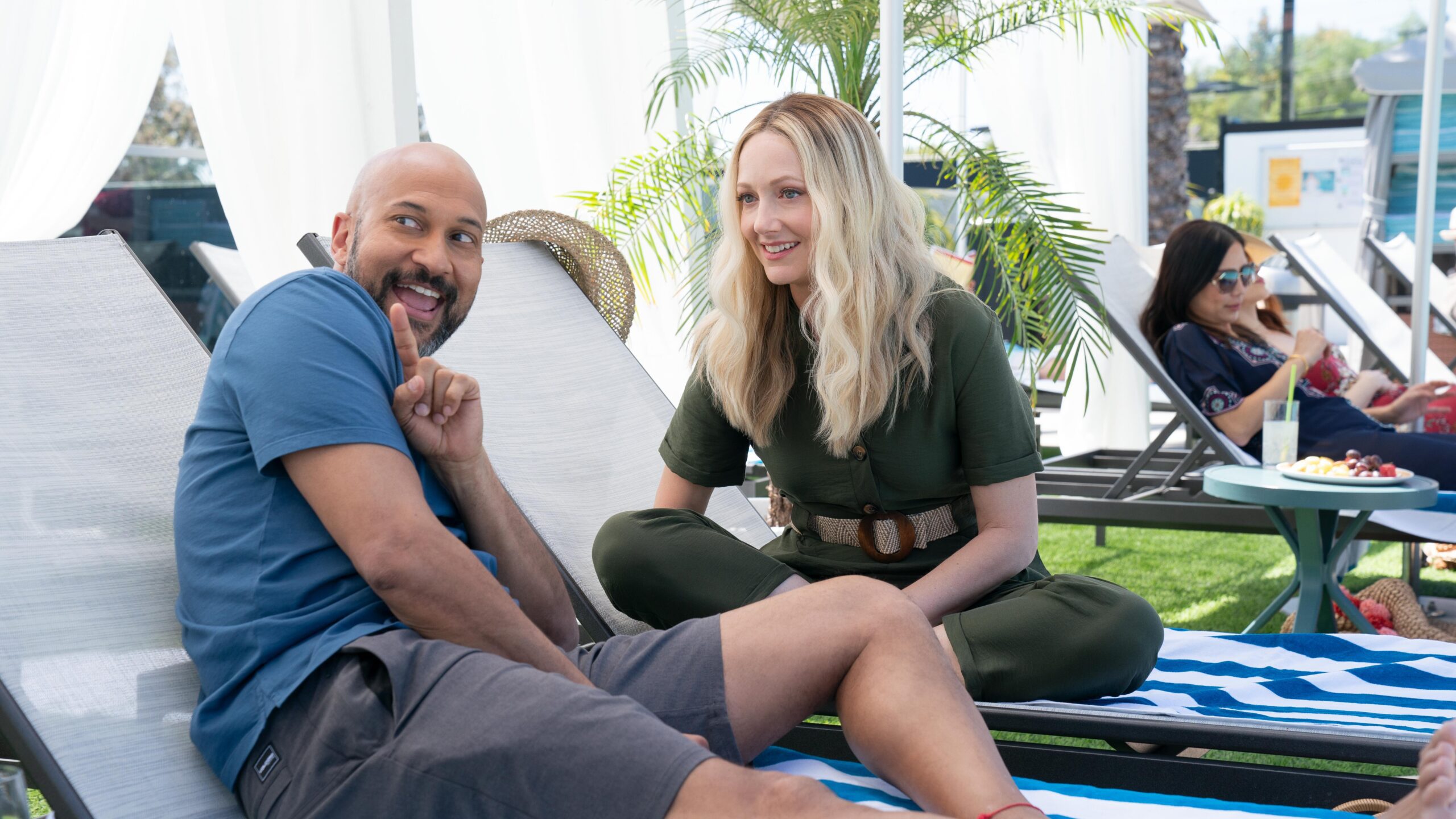 Every sitcom worth its salt knows the importance of episodes like “Bewitched”, which on the surface is a rather simple proposition. It’s not an episode concerned with finding new character dynamics, neither is it one building to some momentous, revealing moment – and in the modern age of Event Television Where Every Episode Is Important, the absence of those elements might seem Reboot‘s sixth episode feel a bit toothless.

Quite the contrary; episodes like “Bewitched” are critical litmus tests for a show’s endurance, wrapped in the guise of some weightless plots about people watching at hotels and the complications of considering dating a co-worker. There are four distinct stories in “Bewitched”, three of which are basically one-act plays, set in single locations to burrow down on established character dynamics. While there are a few new elements introduced – the HR worker Hannah has a crush on, and Selma’s history with the 1983 Philadelphia 76ers – most of the episode is concerned with building on the growing familiarity with specific character pairings.

At the front, of course, is Reed and Bree, whose awkward interactions percolate when the production puts him up in the same hotel she’s staying in. As they reminisce about the old people watching games they play, Reboot begins to pull a little bit harder on the unresolved tensions between them, while also finally offering us a glimpse of the two when they’re not at each other’s throats. The result is a perfectly pleasant, slightly intriguing story that doesn’t push the narrative forward in a real meaningful way, but puts in the important legwork of exploring the chemistry between them in an actualized way, rather than strictly through their nostalgic lens.

The premise is rather perfect, allowing both actors and characters to show off their versatility and chemistry; the various sequences of them fabricating stories about the strange hotel guest throuple (?) parading around are great showcases for both characters. Since we don’t see a lot of them acting together on set, these scenes allow Reboot to explore the performative and personal aspects of their character in one fell swoop. When it is executed as effortlessly as it is in “Bewitched”, it makes for an important building block for the series, something that deepens its characters in a way that isn’t showy, or dramatic.

It’s the same reason Gordon and Hannah’s story works, although it takes a bit longer to get there. Understandable, given how much larger the task is narratively; as Reboot continues to build the personalities of its writing room, it is trying to serve both its comedic and dramatic functions in one fell swoop, a difficult balancing act for any five-episode old comedy. “Bewitched” continues to ground itself in the right moments, however – and here, it does so mostly by letting Paul Reiser act the shit out of Gordon’s attempts to reconnect with his daughter. Reiser and Bloom are always great together, but the further this show leans into finding comedy and brevity in Gordon’s earnest attempts to heal his bond with Hannah, the more their dissonant relationship and worldview creates opportunities to tell interesting stories about them.

Now, given how well these lead stories play together, its strange how Reboot ties them into lesser stories, particularly comparing Hannah and Elaine’s romantic pursuits in the office. I really wish the series would give Elaine more character before she sheepishly agrees to go on a date with Zack – mostly because Zack is a net zero as a presence to date, but also because it is robbing us of using her in proxy with other characters to explore her personality. Zack, so far, has been the show’s enigma, a tantalizing concept about child stars that hasn’t played out in any kind of meaningful fashion; the lack of development for both characters is what makes the ending inert, but Zack’s one-liner dialogue is the one real glaring error of “Bewitched”.

I’m sure the reaction to Clay’s quiet, reluctant arc of professional redemption is going to be a mixed one – but I think his interactions with Jerry on-set in “Bewitched” once again present Reboot as a cynical comedy with a deceptively big heart, the kind that is crass and endearing in the same breath. Mileage will certainly vary on Knoxville’s muted performance as Clay – but as noted before, I continue to think it works, especially when he’s used as a device to explore redemption through humiliation. The episode doesn’t explicitly tie Clay and Gordon together, but “Bewitched” quietly understands what makes them interesting in the proxy of other characters: they’re awkward people with a lot of skeletons in their closet, the ones that can’t be conquered through sheer will of force.

Though “Bewitched” seems like a really busy episode of Reboot, there’s a thematic uniformity between its dual pairing of plots that mostly works (again, what is this show doing with Zack, and why should we care?). What these stories say about the kind of series Reboot wants to be – especially if it had more episodes in subsequent seasons, where stories like these would become numerous and more definitive – is what is more intriguing to me, hinting at a series fascinated with the healing powers of reflection, and how it may never be too late to try and reboot a broken relationship.