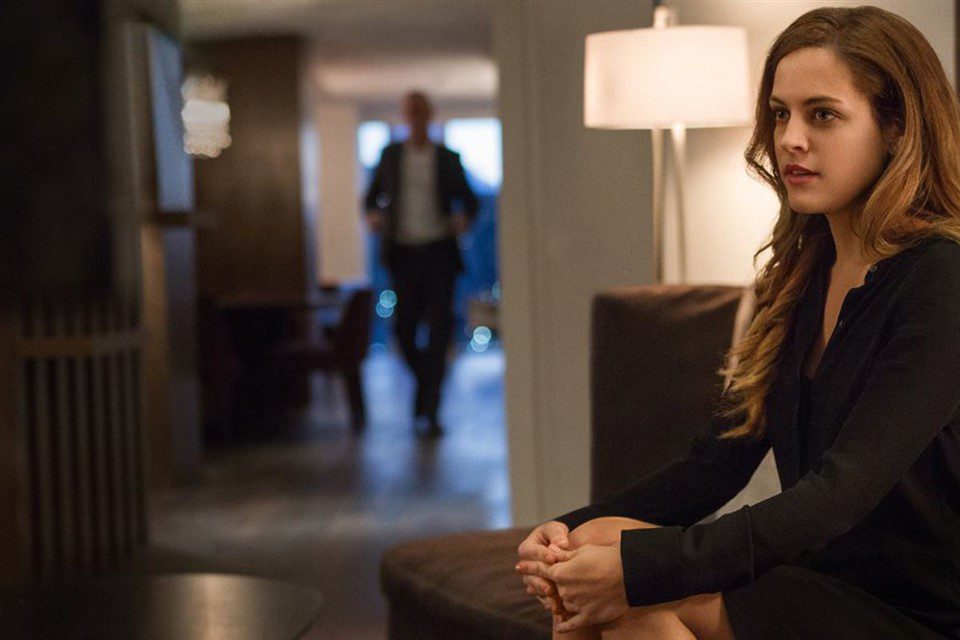 When HBO and other cable networks started dabbling in scripted dramatic television, many thought its lasting impact on the medium would be a loosening of constraints, of networks understanding the value of having some fighting, some fucking, and some “fuck”-saying in your storytelling. Unfortunately, that dream hasn’t quite come to pass (I mean, besides Banshee); nudity on network television seemingly peaked with dude ass on NYPD Blue, and cable television has all but forgotten what a sex scene was. The promise of Christopher Meloni showing asshole on Oz in 2001 was never fully realized; instead, what’s been taken away from the prestige drama movement at the turn of the century is freedom from episode length – and it is killing an entire genre of television.

The real shift in this dynamic didn’t come from The Sopranos or The Wire, however – the real one to blame, in my book, is FX and Sons of Anarchy (sure, The X-Files aired an 86 minute episode in 2002, but that was basically a series finale). Beginning around the show’s fourth season of his Shakespearian tale of motorcycle clubs and shitty dads, it almost felt like Sutter was being encouraged to reject the restraints of typical broadcast episode construction, stretching airing times beyond 60 minutes (FX would advertise its 90-minute premieres with “limited commercial interruption), even though none of its scripts really demanded it (fun fact: the longest episodes of the series have running times of 73 and 81 minutes). The network would seemingly later regret this approach after the slog that was The Bastard Executioner (more on Sutter in a bit), but the damage had already been done – everyone from AMC to baby streaming Netflix had gotten a taste of the Longer Episode, and couldn’t escape its infectious grip.

Fast forward to 2021, and any drama not airing on The Big Four is just an absolute shitshow, thoroughly unhinged from the typical editing restraints inherent to the classic form of television. Instead of a season of 45-minute episodes accented by a single 55-60 minute “special” episode, every fucking season of TV is using 60 minutes as a median running time (and treating the 30-45 minute episode as a budget-saving “treat”), rather than the absolute limits of what works in the form.

Sure, some of this comes from the stupid fucking attitude of treating a TV show like a “nine-hour movie” or whatever; but it is definitely strange to watch season lengths get shorter in number of episodes, and yet still have a longer running time than one would expect. We can even exit the genre I’m focused on, and the point still stands: season two episodes of Ted Lasso stretched beyond the 40-minute mark. Forty minutes!!!

Of course, that’s not to say that the length of a drama and its quality have an inverse relationship; shows like Deadwood, Mad Men, and many others are capable of building exceptional shows out of longer episode lengths (shit – The Walking Dead pilot is movie-length, and easily its best episode!). But as a whole, what’s being gained and lost as drama becomes more shapeless in the modern age, is not worth the trade-off; as we try and come to terms with the many factors making so much of television in 2021 utterly forgettable, it’s worth considering the delivery method of those stories, as much as the form and content itself.

Even something as great as Midnight Mass falls victim to this, a series that would’ve benefited from having slightly shorter episodes and episode count (let’s be honest, it could’ve been two episodes and two hours shorter without losing anything). Shorter episode lengths don’t mean anything if the episodes themselves drag on too long; the pointless lingering on stoic faces and unnecessarily long exchanges of dialogue that pad out so much of drama today, make for worse television, than a show knowing its limits and getting to the fucking point.

After all, even the worst network dramas have a certain appeal to their brevity; I don’t watch Grey’s Anatomy regularly, but even when I sit down to watch an episode that’s just a slog of bad dialogue and silly character interactions, I know it’s all over in 42 minutes. Creatively, imposing restrictions often provides an avenue for clarity and conviction; untethered from those ideals, and you end up with something like The Umbrella Academy, which drags on forever to deliver some of the most forgettable stories and characters one could imagine. Editors serve an important role; minimizing them for the sake of bloat is not only inherently dumb, but damaging to the medium as a whole, unhinged from the normal discipline (and resulting efficacy) that can produce truly ingenious television.

Though it feels like we debated and settled this point back in 2017, the trend has only gotten worse; for every series like The O.A. that utilizes this new amorphous construction well, there are dozens of Lost in Spaces or… well, Kurt Sutter, who is still up to his bullshit with 70-minute episodes of Mayans M.C. (can you believe they are making a fourth season of this show? AND they brought Ray McKinnon back? I digress – but that is just insanity), television that spends more time navel-gazing and thumb-twiddling than it does actual storytelling. Instead of taking our lessons from The Girlfriend Experience‘s first season, TV’s instead embraced a model that’s mostly just lessened television’s ability to connect with, surprise, and engross its audience. Bring back the short drama!