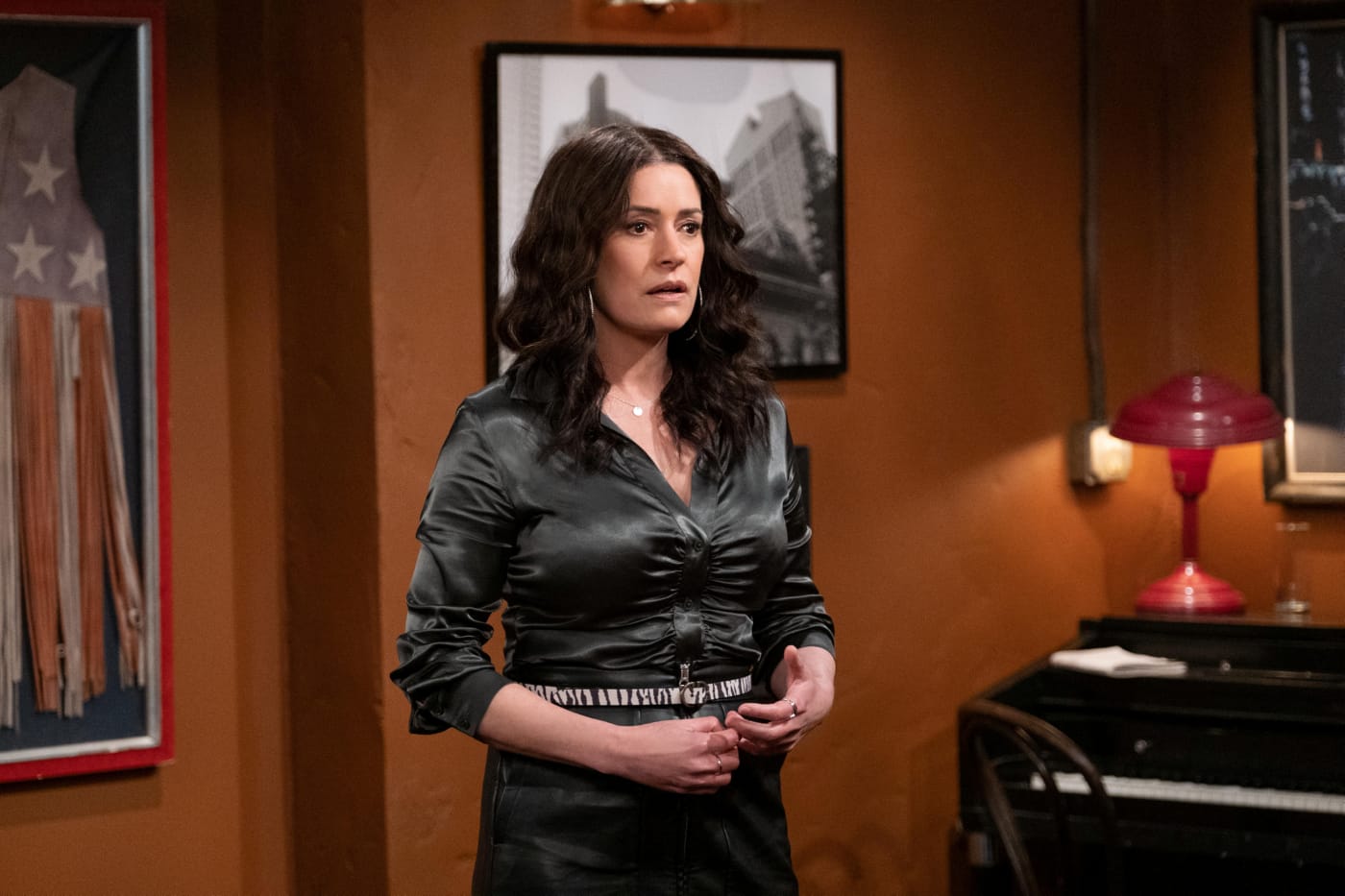 The proposition for “The Good Mom” seems a simple one; bring in guest star Paget Brewster as Sophie’s flaky, musician-fucking mother to shake things up, and see what happens. What could go wrong, right? Well, turns out a lot can; though “The Good Mom” goes out of its way late to convince us the introduction to Sophie’s mother Lori is meaningful to the arc of her life, it only does so by telling us over the closing voice over. What happens in the 23 minutes preceding it – well, it’s definitely an episode of television, but boy it is not a good one.

Though there is a fundamental misuse of Lori’s character in “The Good Mom” – in that she’s only given space to be a character in the opening minutes – the biggest problem with the fifth episode of How I Met Your Father is how it is the fifth consecutive laughless episode of the series. It would be one thing if HIMYF was aiming to be something a little bit more serious, and was punctuating good character moments with some underwhelming punchlines. Unfortunately, How I Met Your Father continues to be aggressively unfunny in “The Good Mom”, which combines with the overused (and poorly deployed) laugh track for a comedic sensibility that feels equally misplaced and desperate, and one that drowns entire plot lines in canned laughter.

But neither story goes anywhere during the course of “The Good Mom”; it is all just an endless barrage of unfunny punchlines, undercut with a laugh track that sounds vaguely like people laughing with guns pointed at their skulls. Even the performers have trouble committing to lame punch lines like “This Rotten Tomato is 0% fresh!” or “Grandma hated Zoey Deschanel’s whole vibe” – and when you can tell the actors aren’t buying into the punchlines, it makes the episode’s relentless pursuit of a laugh painful to sit through.

If some of “The Good Mom” actually had an interesting emotional arc in any of its plots, this would be easily forgivable. But Sophie’s flaky, “wanderlusting” mother doesn’t provide illuminating material about any of its characters; and for some, like Jesse trying to get over the trauma of being internet famous for a bad reason, it just feels completely dissonant with the emotional arc the episode is going for. Adult Sophie tries to frame the episode in the opening scene – that it is a story about blind spots – but outside of Sophie realizing something about her mother Valentina clearly should’ve told her awhile ago, there are no blind spots, literal or metaphysical, being thrown at our characters (unless understanding the complex nature of medical-related education, which Charlie apparently has no concept of).

Because of this horrid miscalculation of both humor and pathos, “The Good Mom” is the worst of both worlds; narratively empty when it goes for a big moment between mother and daughter (Sophie realizes her mom is flaky?), and then shrugs at every single other plot beat of the episode. There’s no meaning to any of it; none of our protagonists have reflected or learned anything by the end of the episode – and there isn’t even really any comeuppance for the more devious minded, beyond Ellen’s date awkwardly storming out of the bar.

Sophie, in her closing monologue, tries to stick the landing about how that moment set her on the path towards happiness; but it feels like bullshit, a moment of the writers forcing themselves to believe that the messy script of “The Good Mom” held some sort of deeper meaning, some semblance of emotional intensity and revelation that it would catapult viewers into the next episode (with a few laughs, to boot). Instead, what we got was arguably the worst episode of the series’ young life, one that unfortunately feels like it is providing uncertain viewers an easy runaway to exit the series and quickly forget about its brief existence.

As much as I want to see How I Met Your Father succeed, it can’t “but umm” its way into my heart with a few clever callbacks, and the occasional visual pleasures of Valentina’s costuming or Charlie’s awkward physical movements. But these fleeting joys have consistently been overwhelmed by disappointment; disappointment that Sophie hasn’t become a more dynamic character, regret that How I Met Your Father isn’t being creative stylistically… and most importantly, horrid disgust at the fact this show hasn’t delivered a single signature punchline or recurring joke (the only thing it really needed to do to truly embody its namesake).

If “The Good Mom” is a solidification of HIMYF‘s weekly template, we are in for a disappointing second half to the season; however, I’m going to continue to remain optimistic that “The Good Man” will be the true low point of the series, and that this show won’t waste time finding itself before its too-brief first season is brought to a close in five episodes’ time. This ain’t it, dawg.