Skip to content
Home » How I Met Your Father Season 1 Episode 4 Review: “Dirrty Thirty” Fumbles to Find Its Voice 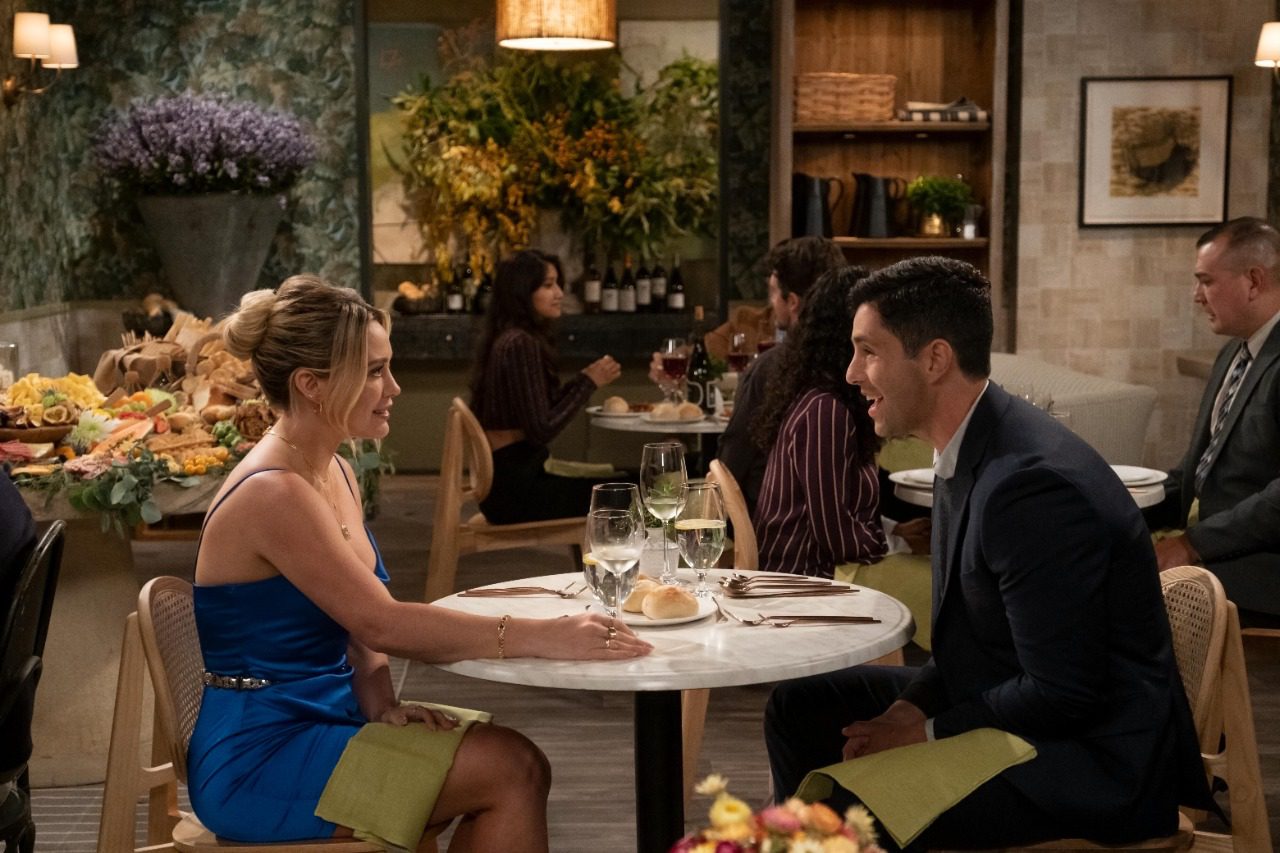 How I Met Your Father Season 1 Episode 4 Review: “Dirrty Thirty” Fumbles to Find Its Voice

How I Met Your Father‘s decision to pick its fourth episode as a major marking point in Sophie’s life – her 30th birthday – is certainly a choice. Having barely established its cast outside of their most superficial qualities, the shift to try and a tell a deeper story about the anxieties of maturity have on our slowly aging minds as we exist the supposed “best” decade of our lives presents a young show with quite a challenge. We just haven’t spent a lot of time with these characters yet; so it’s no surprise that it takes a long time – some might say too long – for “Dirrty Thirty” to find its footing. When it does, it lands on a rather endearing moment; but the dichotomy between where “Dirrty” begins and ends is more than a little eyebrow-raising.

Initially, “Dirrty Thirty” is an episode trying to challenge our characters’ assumptions about their self-perceptions; Sophie’s sense of maturity, Valentina’s resistance to monogamy, Ellen’s lack of knowledge about the city (a beat that is quickly getting old!). And for almost two acts, that’s all this episode is; a few moments of Josh Peck being charming (if boring) as Drew, Charlie making confused face, and Sid showing off his “man-gagement” ring, and it seems like How I Met Your Father is on track for a particularly pedestrian episode.

But the episode’s third act almost feels like it is from a different show, transforming a rather unfunny, forgettable aside about aging (Sophie’s birthday party is Christina Aguilera “Dirrty” themed) into something a little more carefully measured. The climactic moments for the episode’s plots are really about regret; most importantly, led by Ellen and Jesse’s shared regret for their lost childhood together.

Though it is remarkably isolated from everything else in the episode, Jesse and Ellen realizing they can’t just jump into each other’s lives (after a 20-plus year separation) and just pick up where they left off makes for a strong backbone to the episode, especially when Jesse expresses the hole that formed when his 9-year old self watched his young adopted sister leave with their mother and new boyfriend to live in Iowa.

In a moment, it crystallizes everything “Dirrty Thirty” is trying to say through its characters; we only get one chance at every day of our lives, and it is easy to fall into a trap wondering what’s wrong or what we missed out on. Sophie’s goals of living in the moment from episode two are in tatters here – but not just for her, for an entire cast of people on the precipice of real maturity, clinging to the familiar, exciting unknowns of your twenties (being single, not choosing a direction in life, having themed parties) as they shift into potentially horrifying realities of one’s thirties (spoiler: the theme parties still happen, they are just a lot lamer).

Grounding that in siblings still trying to get to know each other, all while the audience is still trying to get to know them, is a tall order – even taller considering HIMYF absolutely refuses to provide Jesse with any character traits beyond Boring Dude. But I digress; despite the deck being stacked against it (said deck includes the first 13 or 14 minutes of the episode), this plot point works, especially as it catalyzes into the other plots of the episode.

I could take or leave Valentina and Charlie’s decision to become “officially” monogamous (quite honestly, it felt like a dumb way to try and ‘modernize’ a very traditional plot point); but again, it is important in helping frame this idea of regret, of thinking so goddamn hard about the past and future, that you forget to appreciate what’s happening in the present. Like all characters on this show, Valentina and Charlie both are desperate for some character building; though “Dirrty Thirty” doesn’t really offer that, the decision to finally move past the quasi-conflict of their ‘relationship’ clears the way for evolution – and again, helps to provide that foundation for the episode’s most important scene.

Anyone who has watched How I Met Your Mother knows the importance of the rooftop; early in the show’s run, anytime our merry band of protagonists made their way up to the roof, memorable things were going to happen (and no, I’m not talking about Barney’s activities up there… and we are really not going to talk about the Pumpkin reveal). Rooftops, with their majestic look over cities, provide us with a perspective we can’t get on the ground; like birds, we float above reality, the brick-and-steel buildings we look down upon reflecting the ever-changing personality of a person, of a collective of friends, of an entire city.

For the moment, however, “Dirrty Thirty” is really just using the roof as a driving moment for its protagonists’ moment of crisis; and quite frankly, without the faint harmonic underpinnings of the other plots, it doesn’t really work. Peck is perfectly pleasant as Drew, but two things work against him: us knowing he is not going to be the Father, and How I Met Your Father somehow making him a more boring, safe version of Jesse (which… c’mon man!). Their shared fear of starting a relationship is palpable, but it’s hard to see what Sophie sees in Drew minus him just being a regular fucking dude; that would be fine if there was something compelling drawing them together, but How I Met Your Father hasn’t been able to pin that down.

Like last week’s episode, there are moments of promise within “Dirrty Thirty” that raise my eyebrows – and more importantly, raise the floor for what a typical episode of the series could be. But even without thinking of how interesting and carefully placed within the narrative Ted’s 30th birthday was on HIMYM, there’s still something about this episode’s formula that still feels off, sputtering to find moments of humor and pathos (you know, without completely shifting gears halfway through the episode, and hanging the emotional tenor on the episode’s B plot). How I Met Your Father is reaching its halfway point, and still lacks any kind of significant, signature qualities; with a future as uncertain as Sophie’s, it’s still an absolute crap shoot whether this series can find itself in time to secure a second season.