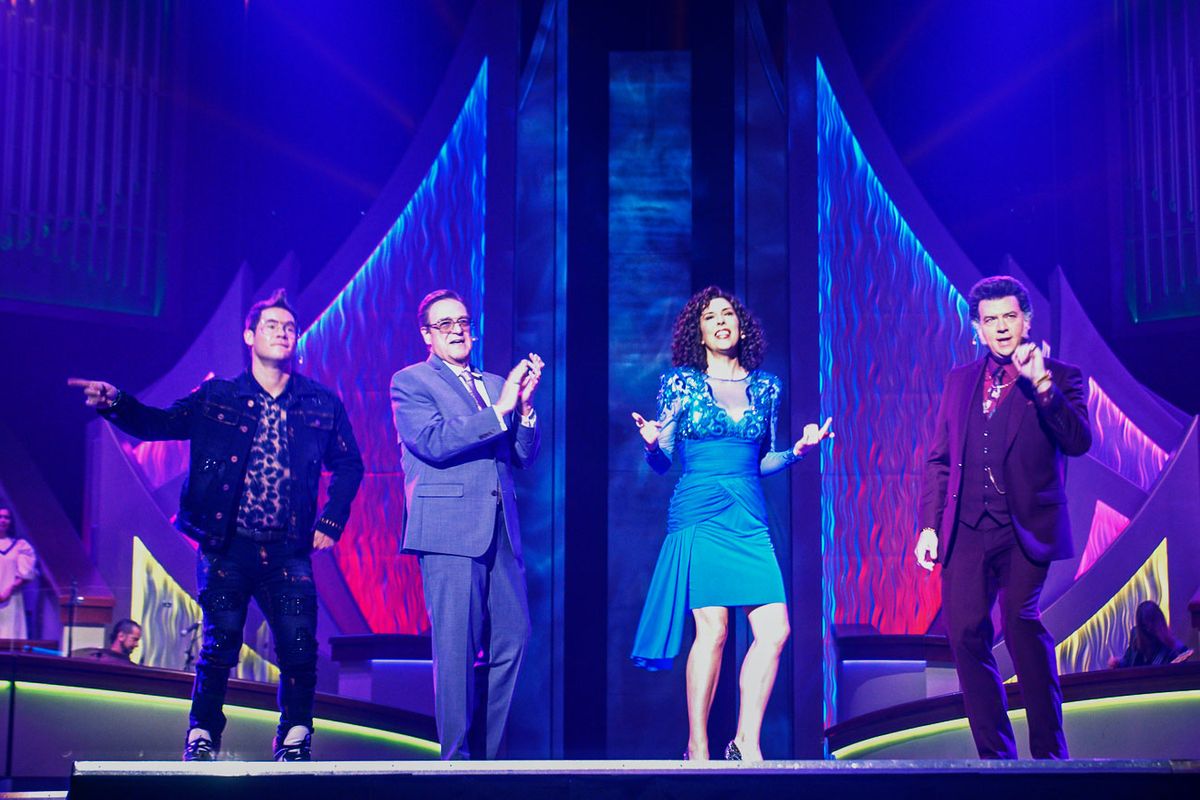 Welcome to the Best Of Series! Every month, this list will contain the best of everything I enjoyed for the month; not only television, but film, literature, and video games. It may not always be new – these lists are designed to be a snapshot of lived experience, rather than a running tally of the shiniest, most hashtag-worthy thing. As suggested, it is the best I experienced this month – so without further ado, the official Best Of January 2022:

We are finally enjoying a network sitcom renaissance – in fact, we discussed it on last week’s Mid-Season Replacements – and for this grizzled TV vet, the best of the bunch is ABC’s Abbott Elementary. I’ve said my piece on the series in my review of the initial few episodes, and it has held true as the show’s seemingly exploded in popularity in its second month; once every couple years, a creative team is able to figure out their show extremely early on, allowing them to hit the ground running in a way that almost feels radical. Though there isn’t anything particularly radical about Abbott‘s mockumentary form (the same cannot be said for its politics, thankfully), its penchant for terrific dialogue, and the already-deepening exploration of its ensemble cast, is delivering one of the best freshman comedy seasons in recent memory.

After eight years sitting in development, Justin Spitzer’s first post-Office script finally came to life as a series in December, as part of the overall deal he signed with NBC after the success of Superstore. Set in the upper management offices of an iconic American car manufacturer, American Auto‘s first five episodes are a bit more cynical and bleak than I’d hoped, almost like a network version of Veep that held even lower regard for its main set of characters.

However, my complaints with the show’s characters bleed away quickly in the show’s sixth episode, “Commercial”, which is one of the finest satires of modern culture television’s seen since the heyday of Superstore‘s pro-labor arc. After an ill-thought out attempt to be a Woke Corporation, American Auto‘s misfits scramble to make a commercial to satisfy both their shareholders and every possible minority group in America; in turn, delivering not only the show’s funniest episode to date, but one that smartly places character to the back, to allow the show’s penchant for smart, engaging black comedy to really shine through.

Admittedly, when Ghosts of Tsushima first released in July 2020, my interest waned for the Kurosawa-influenced open-world game when it became clear Sucker Punch’s game was built on the same frustrating template as so many Ubisoft games – and more fittingly, Horizon: Zero Dawn. However, what I failed to account for was how fucking beautiful this game is; playing the Definitive Edition on Playstation 5 (which released in August 2021), the game has kind of blown me away with its cautious world-building and gorgeous environmental design. Though there are still times I wish there was a little bit more to the game’s (decidedly smooth) combat, and a lot less of the endless side content and checklist distractions, I’m admittedly engaged in the story of Jin Sakai, his horse Sora, and the enormous, tragic story of loss at the game’s center, thanks to the game’s breathtaking visual design and patient storytelling.

It’s been awhile since I’ve enjoyed a romantic film – especially in a day and age where “chemistry” between protagonists is mostly a forgotten art in mainstream cinema. But as a professed fan of both Paul Thomas Anderson and Haim (their 2016 concert at Boston Calling would be on my “Best Of” live concerts list), and having previously stated Philip Seymour Hoffman as my favorite actor of all-time, Licorice Pizza was about as dead-center in my personal Q Zone as a film could be – and goddamn does it deliver, a joyous celebration of youthful lunacy, of love and maturity, of disappointment and wonder. As the kids would say, this film has immaculate vibes, led by a stunning pair of lead performances from Alaina Haim and Cooper Hoffman (the latter of whom will bring tears to the eyes of any PSH fan when he lights a cigarette, or looks wistfully off screen). Easily one of the best films of 2021, and perhaps the perfect movie for this writer to kick off 2022 with. Cinema, folks – it’s still good!

Two years and four months was a really long time for The Righteous Gemstones to sit on the sidelines; but with its triumphant return, Danny McBride reminds us all why he’s probably the single most underrated television writer working today. That’s a strong statement; but so is The Righteous Gemstones, in its commitment to both comedic absurdity and Biblical metaphor – a show this funny and outlandish, has absolutely no business being so visually and emotionally rich. But what else should we expect from the creative minds behind Eastbound and Down – and to a lesser degree, Vice Principals? McBride and company have shown a propensity for understanding the toxicity of modern existence (and in particular, masculinity) that is unparalleled on television; in that sense, The Righteous Gemstones is one of those legacy-solidifying works, one I hope we get to experience for years to come (and hopefully, without multiple years between seasons).

(Side note: for more thoughts on every episode of The Righteous Gemstones, check out my reviews over at Tilt Magazine).

There’s a lot to digest in Game Freak’s attempt to drag Pokémon into 21st century gaming, much of which I’m undecided on so far (for example – this game looks like absolute dogshit and talks for two hours straight when it starts… it also presents about a half-dozen fundamental changes to the Poke-formula that might actually get me to finish a Pokémon game). Regardless, it is an undeniable pleasure to fling Pokéballs around at those unsuspecting little fuckers, a simple pleasure that is part Let’s Go, part Snap, and part awesome.

The last great new show of 2021 kicked off the new year in style with its batshit penultimate episode, “Doomcoming”. All season, Yellowjackets had teased audiences of the horrors to come, and what its somewhat-merry band of survivors might be capable of (both as teens and adults). With a full moon and a lot of despair in the air, “Doomcoming” is a demarcation of Yellowjackets from its first season, setting itself up for seasons to come with a series of unsettling twists, all revealing how beautifully the series brought tension to the unknown, while slowly peeling back the layers of what really happened during those 19 months, and the ripple effects of that trauma 25 years later.

It ends in rapturously mad glory, with the hallucinating team coming dangerously close to an orgy/blood sacrifice with Travis (who had just lost his virginity with Jackie minutes earlier) and Misty arriving at Adam’s apartment in 2022 to help clean up his dead body. Catapulted by Lottie’s descent into utter madness, “Doomcoming” is not only a signature hour for the young series – it is a transformative one, separating itself from the survivalist, slightly unsettling vibes of its freshman season by beginning to reveal the larger narrative at hand, and how this series will wind its way back to those haunting images scattered through the series premiere.