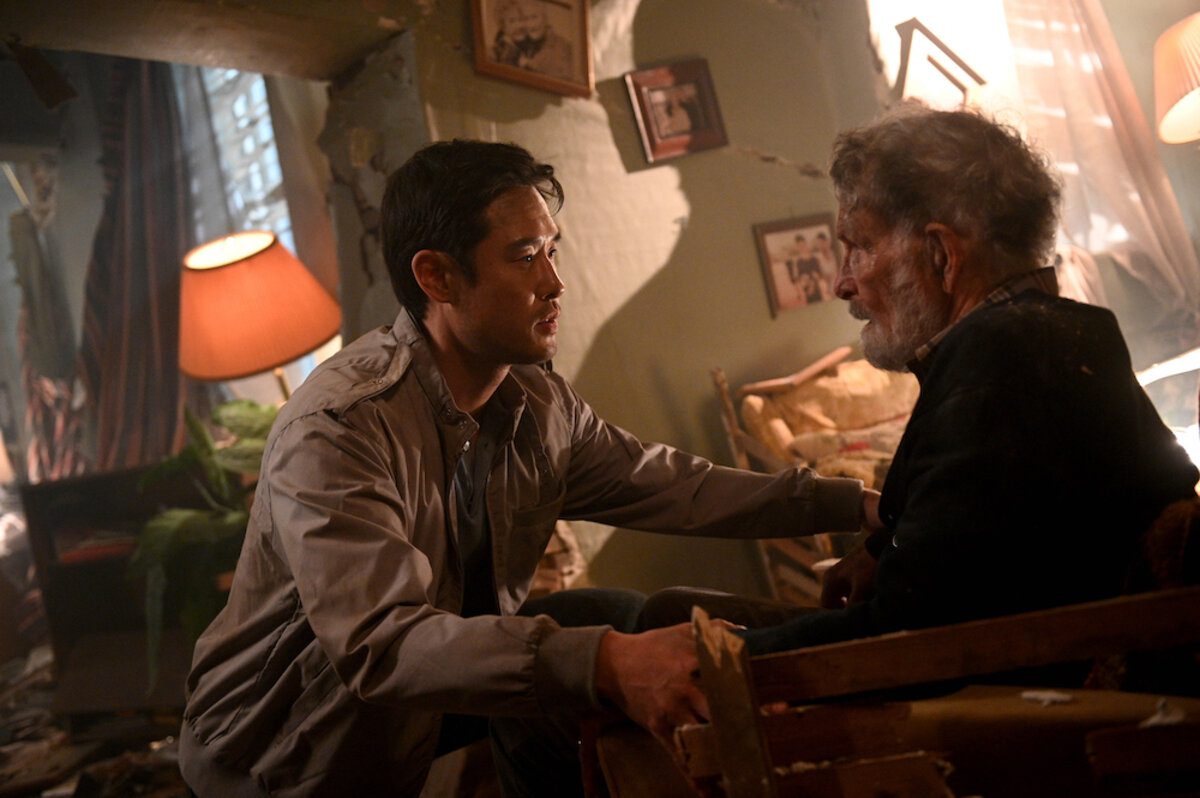 Quantum Leap‘s evolution across its first half-dozen hours hasn’t been the most consistent affair – but it’s definitely been the rare revival/reboot/restart/reimagining with an interesting twist on its own source material, and moved confidently to establish its own identity outside of its iconic origins. “What a Disaster!”, Quantum Leap‘s venture into the 1989 San Francisco earthquake, is an appropriate setting for its most narratively ambitious episode yet: it is quite the rocky affair, putting on full display some of the show’s current limitations alongside its biggest strengths, before sticking the landing with a surprisingly effective, emotional final act.

I think its fairly obvious “What a Disaster!” has too many ideas to fill one 42-minute episode. It certainly feels like an episode written without the knowledge of NBC later expanding the season order, because holy shit, there’s a lot going on in 1989 and 2022: Leaper X theories, time travel nonsense, Ben’s sudden flashbacks remembering his mother, Addison’s confused emotional state… thankfully, “What a Disaster!” is not a title that reflects the quality of the episode – at least, in its stellar second half.

Where Quantum Leap is still struggling – and quite frankly, may always struggle – is finding that sweet spot between its main timeline and whatever Ben is. How much the one-off characters of its procedural storytelling elements can affect the emotional tenor of the ongoing stories could just be a flaw in its formula, something that’s always going to be hit or miss. This seems like a small thing, given its but one aspect of this young series’ multi-faceted narrative, but it’s integral to making the stories of Ben, Addison, and the Quantum Leap squad tick. Unfortunately, Jewel Staite’s put-upon career mom Naomi Harvey is not exactly the most endearing character, nor is she given any opportunity to do anything but spew expository about the failed Harvey marriage and just how much she loves her goddamn son, all delivered in some of Quantum Leap‘s most stilted dialogue so far.

It contains a number of complications the story just doesn’t need; it isn’t analogous to Ben’s journey of understanding the Harvey family, which comes in the more affecting reveal of Ben’s strained relationship with his single mom, which is so much more dynamic and intriguing, it immediately buries Naomi Harvey’s voice – also, there’s a fucking earthquake going on, which doesn’t give the Harvey story a lot of room to breathe. I appreciate the homage it is going for – it is basically the plot of every apocalyptic event film of the past decade – but it’s really only effective as a device to build a bridge to the story of Ben and his mother.

Which – admittedly, I was a bit unprepared for what a dramatic shift in emotion the final ten minutes or so of “What a Disaster!” takes. After some intriguing cat and mouse with the potential Leaper X (more on that in a bit), “What a Disaster!” gifts Ben with the tragic memory of his mother’s death, providing Ben the motivation to put his life at risk to try and save the Harvey family. Ben’s regret for his mother’s passing is palpable – and though the episode goes a bit too far out of its way to explain it in VeRy cLeAr TeRmS, it doesn’t make Ben’s desperate attempts to call his mother in 1989 any less meaningful or well-executed.

And well-executed it is; though “What a Disaster!” clearly has some struggles maintaining momentum between 1989 and 2022, mostly when it is bouncing back and forth between WORLD ENDING EVENT AND CHILD DANGER and a trio of nerds hypothesizing about time travel. That chasm in dramatic import between the two makes for a strangely-paced episode in its first two acts; but then the third act hits, and Quantum Leap begins to put its pieces into place, in what makes for a rather interesting ending.

And not because of the whole time paradox and Rodriguez mystery – where “What a Disaster!” works best is how it finishes the episode with Ben and Addison. Some might find it cheesy and overwrought that Addison finds herself falling more in love with Ben (and even more silly that she’s admitting it in such awkward ways) – but holy shit, paired with Ben’s emotional pre-leap moment, provides an emotional bedrock for a series that is trying to build something more than just a weekly hour of nonsense about temporal logic, and a minor character from one of the original series’ season finales.

(side note – one thing I absolutely love is Magic’s utter disdain for traditional science fiction bullshit. Anytime someone starts hypothesizing in “What a Disaster!”, he gets pissed and shuts them down yelling about how he wants tangible, real information instead. Him telling Jenn to “build faster” to the point of her figurine-driven explanation? Perfection.)

I really like the notes this episode builds to with those two characters; the more complicated and nuanced Ben and Addison’s relationship can be, the more three-dimensional the very foundation of Quantum Leap becomes. Addison pondering Ben’s very change in identity is an interesting one I hope it continues on the path of; though it is admittedly an easy write-off of Ben’s extremely shady behavior, it provides a really exciting wrinkle I wouldn’t have expected this series to engage with. It may be inherently less interesting for Addison to not be pissed off at Ben for a long time; but her willingness to move past that in order to understand her partner better, and recognize his evolution as a human being, is unexpected. It is a bit unearned, sure, but as Quantum Leap begins to fill in the gaps of who these two people were and who they are becoming, I’m beginning to have faith it wants to explore those, in a way that engages with the morality of its characters in a much more interesting way than most traditional network television offers.

Each week, Quantum Leap shows me something new and exciting; and though those new and exciting bits could constitute more of each episode, the show’s consistent ability to build to those moments (without having to rely entirely on empty dramatics, like the identity of Leaper X) so far is encouraging. Incremental progress is still progress – and like Addison, what I’m seeing is opening up my mind to a more potentially rewarding series. I can perceive it – whether Quantum Leap can fulfill that desire remains to be seen, although “What a Disaster!” is definitely a small, but integral step in the right direction.