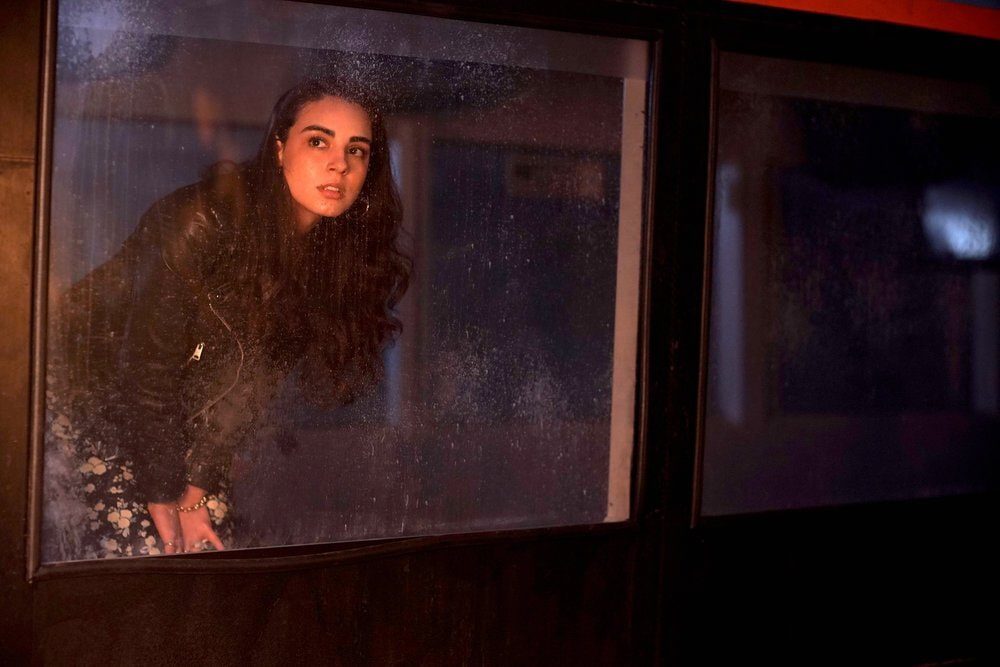 What better way to kick off a second episode of a series than with a bad CGI tiger? The answer, clearly, is two CGI tigers, which “Day Two” delivers on in its opening minutes. Unfortunately, it’s all downhill from there, as the rest of La Brea‘s second hour struggles through a rather underwhelming series of unfortunate developments. It’s tough to tether much of an episode’s tenor to interfamilial relationships we have no understanding of; trying to do so with multiple sets of characters is an even taller task, one “Day Two” woefully struggles to keep up with as it lays out its conflicts and mysteries.

Much like the pilot, “Day Two” attempts to obfuscate from its glaring shortcomings by consistently putting one step in front of the other; however, at some point there does need to be some actual character development, which La Brea only seems tangentially interested in. Some of this comes from the inherent density of its world; there is a lot La Brea wants to establish quickly, which flood the proceedings with arbitrary details and a wildly inconsistent sense of dramatic tension. Rather than focus its attention on one or two characters at a time (insert obligatory weekly mention of LOST here), “Day Two” tries to convince us through sheer will of force that all of these stories, from the strangely religious girl with an abusive sisterly relationship, to the brain-damaged pilot-turned-seer guiding the Department of Homeland Security through a Time Gash, are capital-I Important… and as all modern media strives to be, connected in some meaningful way.

Striving for max complexity comes at a cost; it’s very hard to understand who Izzy is when every single line of dialogue is asking Gavin a question, so he can walk through explaining to everyone what his visions are, which everyone at the Department of Homeland Security immediately buys, and rewards him with a gazillion-dollar Future Plane to go through the Time Gash (c’mon, we all know he’s going to be the pilot). Though it is refreshing to see La Brea not be afraid to start connecting the dots early – we know Eve and company are in 10,000 B.C., and that Gavin’s head injury was related to another sinkhole (that nobody noticed apparently) – it is putting the horse before the cart, and not doing the necessary legwork and world building to justify the emotional investment it is asking of the audience.

At least Gavin and his clueless daughter provide some coherency; everything happening on the other side of the Time Gash in “Day Two” is a shapeless blur of bullet points and interpersonal drama, all applied clumsily to a group of complete strangers. Nobody has had a moment to get to know each other (save for Stoner Teen Scott, a character who can’t shut the fuck up soon enough), which makes whatever tension La Brea is trying to build in each scene feel unearned. Part of this comes from asking us to invest in multiple teen characters at the same time, part of it comes from the fact there is a KID DYING AND EVERYONE IS STRANGELY NONCHALANT ABOUT IT (I get Riley is vaguely pre-med, but the lack of stress anyone feels is laughably telling).

Ultimately, everything in the BC timeline just feels undercooked in “Day Two”, right down to the central conceit of Dr. Sam’s amorphous back injury (where he can’t move his legs, but ultimately just “needs a bit of rest”), which is the world’s most obvious case of “shit, we don’t have enough plot to fill our running time, let’s just arbitrarily slow them down”. Why is it so obvious? Because there is really nothing learned in those moments; Eve cares about her kids, Ty isn’t healthy, and Dr. Sam doesn’t want to be a bother to anyone… it’s all so mundane, never justifying its presence as a prominent part of the episode (again, at least Gavin the Visionary offers some narrative propulsion).

Two episodes in, and La Brea feels a bit anemic; it lacks fortification of its characters and world, a confidence in setting that would allow it show more, tell less, and trust its own premise and its inherent intrigue. Am I interested in the time paradox set up by Scott and his incredibly convenient run-in with a group of eight llamas? Absolutely – so much so, that I don’t need scenes upon scenes of characters focusing on that, rather than the immediate needs of survival everyone is so cavalierly ignoring (again – why have this setting if you’re not going to use it?).

… oh yeah, did I mention there is a woman why may or may not be a cop, and her son running around mad at each other, while their Mustang full of drugs sits amongst the Time Gashers?… getting real Nikki and Paulo vibes with these two. But I digress.

I want La Brea to draw me in with a goofy mix of mythology and computer graphic animals; but it’s hard to enjoy those brief moments of goofy clarity when it is surrounded by so many undercooked plots and characters. If La Brea is a recipe, “Day Two” is the equivalent of throwing all the ingredients for it into a bowl, mixing them up, and immediately starting to eat, without putting in the care of preparation and development that leads to a truly delicious sci-fi dish.