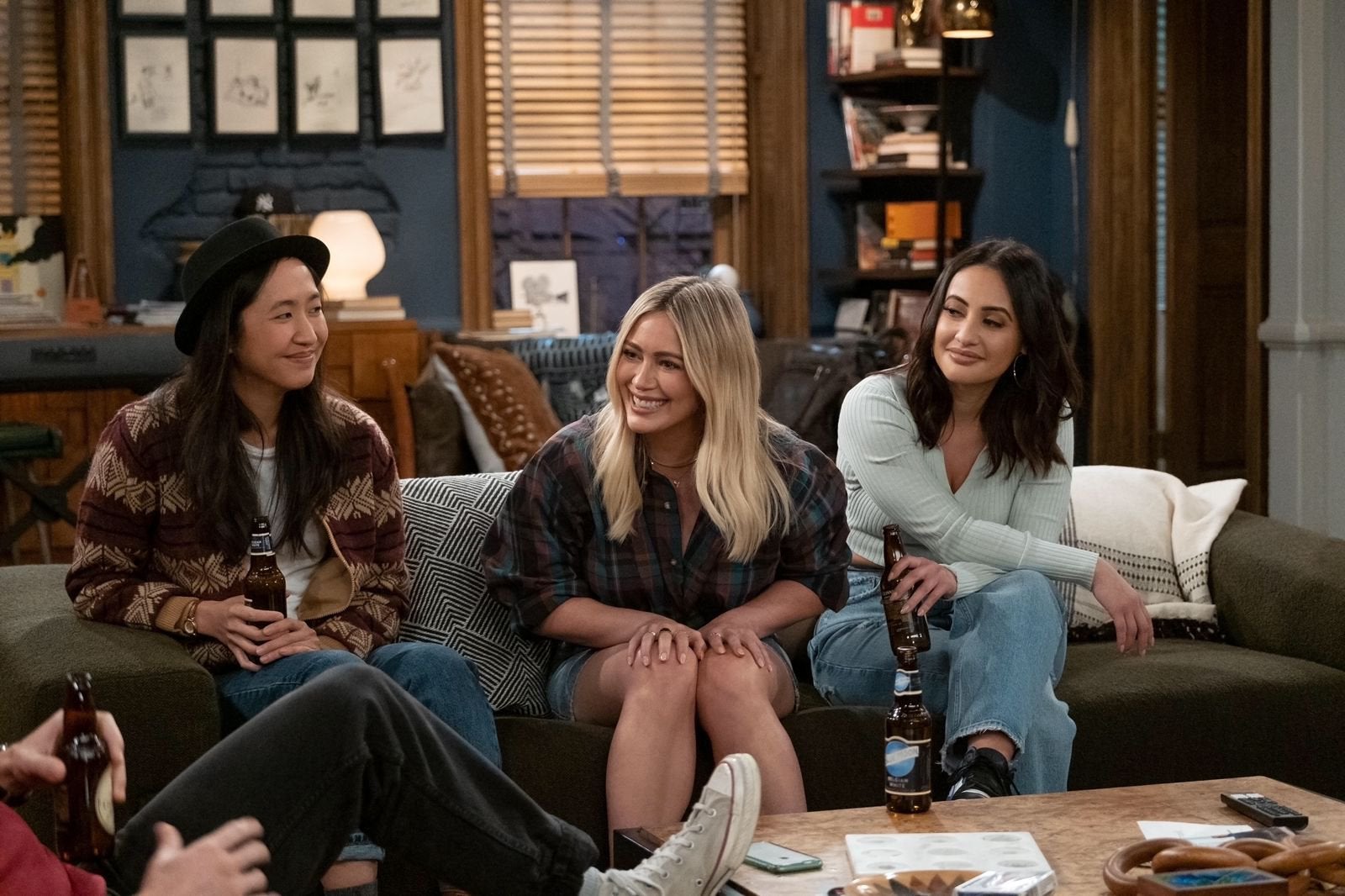 After a particularly rough pair of opening episodes, “The Fixer” finally offers audiences a more palatable, interesting version of How I Met Your Father, one that almost stands in defiant opposition to the previous entry, “FOMO”. Some of this is simply keeping its desperation at bay; most of it, however, is really just about keeping it simple; introducing an intriguing new recurring character (Josh Peck’s Drew) and tethering its trio of stories to more grounded, believable versions of its ensemble cast.

What’s surprising is how it catalyzes; if taken only on the face of its premise, “The Fixer” has serious potential of being smarmy nonsense. When Jesse reluctantly agrees to let Sophie take a new profile picture for his dating profile, it appears HIMYF is going to cock tease the obvious “Will They” of it all – but, in a smart shift of moves, the episode becomes less about presenting a certain version of yourself online (a story that’s been told to death a thousand times), and more about the seemingly trivial barrier of just putting yourself out there; and how, whether in friendship or romance, having the bravery to be honest is rewarding, and necessary.

It’s certainly worth debating some of the more technical aspects of the episode; Jesse and Sophie’s chemistry is still nascent, though this gives “The Fixer” all the more reason to draw out perhaps some of the reason why (in a narrative sense; jury is still out on whether the performers are also up to the task). They’ve both kind of given up on dating, but for different reasons; Jesse because he’s become an internet punchline, and Sophie because she’s had 88 failed first dates in the course of 2022 (which… when the fuck during the year does this take place?). So even when they meet new people – Sophie at Jesse’s school, Jesse at a local bar – neither of them are able to even take the first step. They’re putting themselves out there, but without honesty and purpose; Sophie thinks she can be the titular fixer by taking a good photo, when they really need to be taking an honest look in the mirror.

“The Fixer” builds to this moment slowly, in a bumbling manner that almost feels accidental in how emotionally honest it eventually becomes; but where their stories lack drive and tension until the third act, Sid’s story (and to a much smaller degree, Ellen and Charlie’s) finds its voice in a ridiculous story about modern sex toys and long-distance relationships. Again, the key to unlocking the potential of “The Fixer” is in honesty – and with Sid, How I Met Your Father finds a fun, goofy way to experience that tension through a (somewhat) healthier lens of a strong relationship.

What lands with Sid’s story seems simple enough, observing the chasm between expressing emotions and truly embodying them; but where it really lands it how it speaks to the other stories of the episode, in how ridiculous it can feel to even be emotionally honest in 2022 (especially around the idea of meeting people in real life – who the fuck even has the opportunity to do that anymore?). Sure, the metaphor of Sid and Hannah’s Wi-Fi connected sex toys is not an elegant one – but for a show trying really hard to ground itself in the strange, modern world of direct order sex paraphernalia and dating app burnout, the final image of Sid just taking a flight to see Hannah (thanks to Valentina’s long-term “relationship” with a Polish pilot) give voice to the other stories of the episode, and present a hopeful possibility for where HIMYF could go in its first season.

Thinking about “The Fixer”, I keep coming back to that word, ‘possibility’. In considering the closing twist of HIMYF‘s pilot (again – let’s just pretend “FOMO” dono-t exist), Sophie’s monologue on the subway posits a young series starting to find its voice. To be able to enjoy love – ubiquitously, not just in the digital age – is to wholeheartedly embrace the unknown, to be willing to be open enough to allow the world to find its way to you. Desperation and determination can serve their purposes (as we see in our Charlie/Ellen apartment hunting C plot, they can serve an important foundation in forming a budding friendship), but embracing the potential of the unknown is critical. Difficult, painful, and often disappointing, but critical – “The Fixer” understands this, and expresses it with a promising earnestness.

Of course, “The Fixer” has another aspect beyond its narrative pathos; the introduction of Drew introduces a necessary wild card into the first season of the series – and only partly because it pushes a wedge between Jesse and Sophie I hope allows Jesse to establish himself as something more than an interesting, unremarkable chode boy. Not only is Josh Peck a thoroughly underrated addition to the cast (I’ve not seen Turner & Hooch (LOL), but am definitely a fan of his work on The Wackness and Grandfathered), but his presence helps to deepen the personal and professional world of HIMYF, which should help with the show’s relative tunnel vision (no pun intended) in the first few episodes.

Though the first two episodes definitely feel like How I Met Your Father kind of wants to be Subway Frank, shoving unwanted surprises down our throats, “The Fixer” is a marked improvement, a funnier story that finds more mileage out of plots about sex toys and profile pictures than one might expect. The show still has a long way before it feels like its snappy, often devastating predecessor, but HIMYF‘s third episode is a definite step in the right direction, and hopefully a sign of what’s to follow in the show’s brief first season.