Skip to content
Home » How I Met Your Father Season 1 Episode 2 Review: “FOMO” Misses the Point 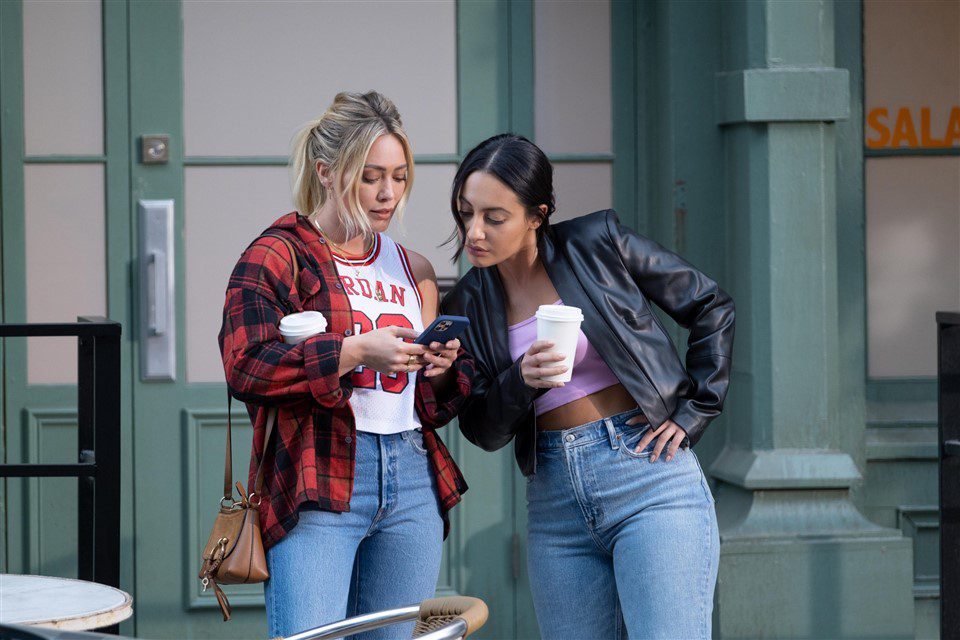 How I Met Your Father Season 1 Episode 2 Review: “FOMO” Misses the Point

Ahh, the second episode of a sitcom, the dreaded place between “pilot” and “the actual show” where it is common – nigh, near expected – for a show to simply repeat itself for 22 minutes, reiterating everything from its first episode in ways that are painfully superficial. Second episodes just want audiences to like them so damn hard – unfortunately, How I Met Your Father‘s second episode “FOMO” is steeped in this tradition, a repetitive and uncomfortably unfunny entry that ends with an alarmingly inauthentic resolution, one that I’m not quite ready to write off as freshman comedy jitters just yet.

After opening with a reminder from Kim Cattrall that How I Met Your Mother had a terrible ending (she loudly tells her displaced-voice son that “this story is about the journey, NOT the destination”), “FOMO” proceeds to build a story around exploring the pros and cons of the familiar adage of ‘living in the moment’. For Sophie, whose wrapped up in a cycle of staring at Ian’s texts and singing “Drops of Jupiter” (Bob Saget voice: “never trust anyone who listens to Train as comfort music, kids”), this means dragging herself to a club – called FOMO, of course – with Valentina, and letting everyone convince her that Boring Jesse is a viable romantic candidate for her.

Now, putting aside HIMYF‘s second episode is riffing off a Zoe-era episode of How I Met Your Mother (season 6’s “Blitzgiving”), the potential for “FOMO” really lies in presenting each of its characters exploring something fundamentally different about themselves than the pilot, in order to establish the complexities of its protagonist and supporting cast. “FOMO”, however, is a dreaded Second Episode, which stands in direct contradiction to the episode’s premise; sadly, the episode bucks under that pressure immediately, and never offers us that glimpse into something more.

More problematic is how “FOMO” fundamentally misunderstands itself; after some surprisingly lame shenanigans (at a club with a topless room, tapas room, and a foam room, NONE OF WHICH WE EVER SEE), the episode ends with Sophie making a decision to not live in the moment. After spending twenty minutes with her stuck between Ian’s texts and Jesse’s mildly amusing (?), non threatening presence, Sophie decides that she doesn’t really want to live at all, sticking Jesse in the Friend Zone and neglecting to respond to Ian to profuse her actual emotional needs.

It’s kind of the antithesis of living in the moment, no? Contrast Sophie’s arc in this episode with Ellen, who spends her night at FOMO being rejected multiple times by women at the bar… and leaves excited at the proposition of being able to do it again (just dropping a pin here – if Ellen is developed as a anti-Barney who can never get laid, I think HIMYF would be onto something). In her post-divorce life, Ellen is embracing the (mostly depressing) mysteries of single life in New York; while everyone else stands in the foreground, awkwardly treading water, Ellen’s in the background living it up – embracing the heart of the episode in ways other characters either reject, or aren’t given the opportunity to.

The other plot of “FOMO” – Valentina and Charlie trying to find some space in their new relationship – should also be an easy avenue into exploring the dynamics of these still-unknown characters; but as Valentina waffles on her relationship scene after scene, the impact of their coupling immediately loses its impact. Watching a character with one foot out of the door on her romance could be an interesting story with established characters; introducing us to two people in this situation, where they are fundamentally miscommunicating their needs, just offers up the worst of each character, in ways that make Valentina seem rudely selfish (even when she isn’t – she has a legitimate concern!) or Charlie seem emotionally stunted, two traits that I think at this early stage, has a negative impact on establishing a connection with the audience.

“FOMO” really just feels like a big miscalculation; it wants to be “Pilot” 2.0, but it also wants to start moving forward as a series. Instead, it just kind of does neither, making itself a misshapen blob of weird editing (and lighting; the bar scenes are lit in very odd ways), half-cooked ideas, and consistently unfunny punchlines. While it’s always worth giving an infant comedy a bit of slack, an overwhelming amount of this episode just feels stale or poorly thought out. Add in the inherent paranoia a lot of the audience is going to bring to this series, and by the end of “FOMO”, and it’s no surprise I felt my heart drop a bit when the credits rolled. “FOMO” isn’t a series killer by any means – but How I Met Your Father is going to be given the same short rein audiences give everything in 2022, and “FOMO” is a disturbingly large bump in the road that could be difficult to recover from.