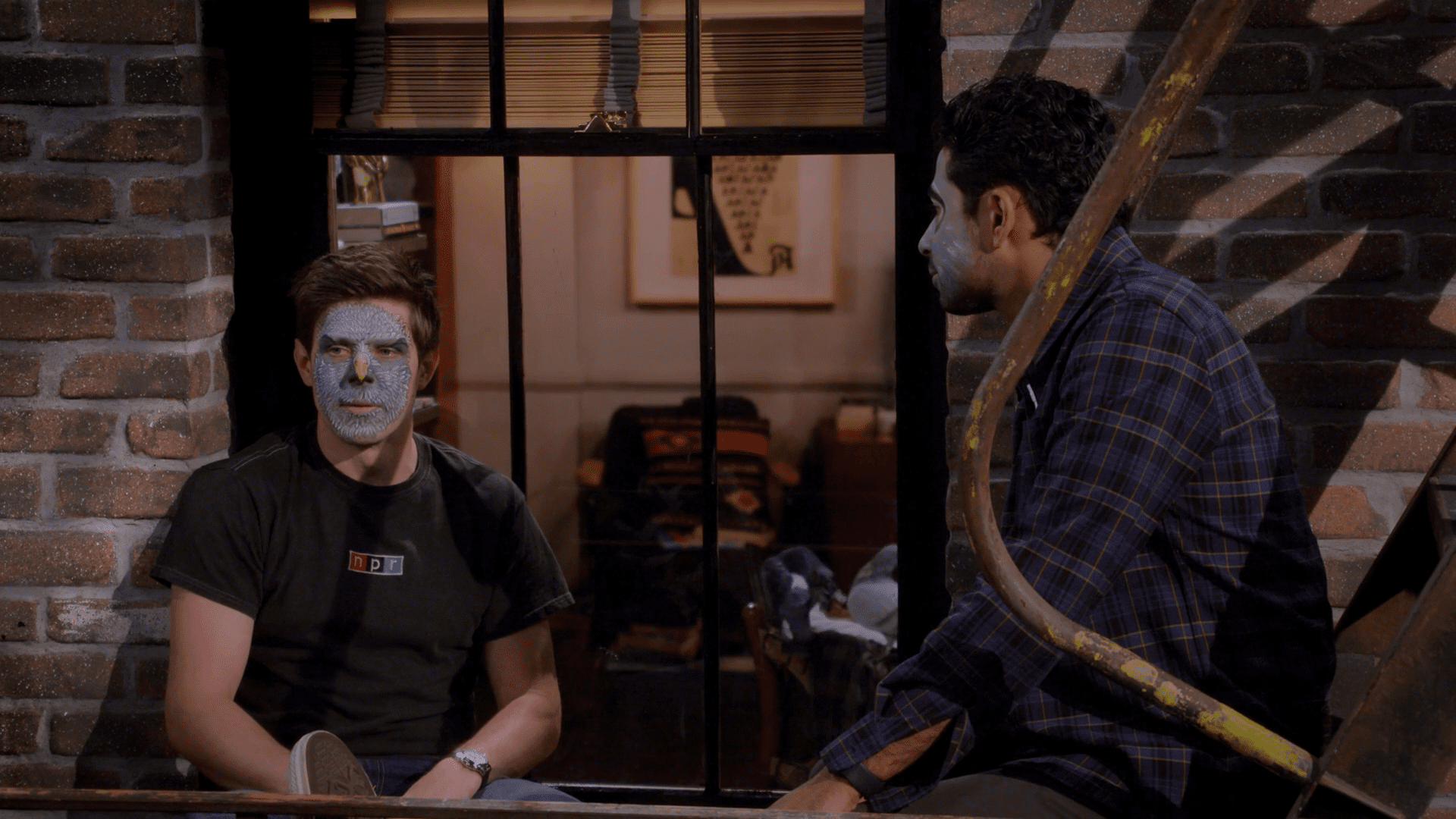 Given its telling a story with a definitive happy ending (you know, unless they kill off The Father at the last minute), How I Met Your Father is trying to be a specific kind of romantic comedy. To do so, it has to lean in; for it to work, it really has to commit to its earnest, optimistic portrayals of finding love in the Too Much Tech age – and by the same token, it has to depict the lows with an equally vibrant vigor, willing to let the laugh track slip away and sit with our characters in difficult moments.

Unfortunately, that bright eyed, idealistic comedy has to try and exist in the Too Much TV age, where the threat of detachment leads to desperation, in the form of desperate simplicity – seven episodes in, HIYMF is stuck right in the middle of all that, “Rivka Rebel” another perfect example of a comedy trying (and flailing) to find its footing.

And despite this being yet another episode that almost completely lost me during its second act, “Rivka” begins and finishes in rather strong (if somewhat stunted) places. Those bright moments, scattered against a backdrop of wickedly unfunny pop culture references (Multiple Lin-Manuel Miranda references? In 2022?), make for an episode that is often intriguing, but only occasionally interesting.

As an episode, “Rivkah Rebel” feels like our boy Jesse; stuck between the person he’s known for being, and where he wants to go, Jesse is prone to distractions and always looking for a reason to procrastinate. The result? He’s locked out of his (particularly iconic) home, adorned in intricate bird makeup while he waits for animal control to show up; though he’s dressed up as someone fancy and familiar (and quite punchable – who owns and wears a fucking NPR shirt?), Jesse can’t find the inspiration to write new music, of his own.

It’s a bit of a messy metaphor, but How I Met Your Father’s young identity crisis mirrors Jesse in a number of ways – some of them unflattering (like Jesse’s punchlines, which are buoys of mediocrity in a sea of forgettable jokes). How I Met Your Father, as a show, is like Jesse locked out of his own apartment; HIMYF can see and imitate its iconic predecessor, but the pursuit of that will be fancy-looking and empty-hearted, forever locked out on the balcony and fixated on the past.

Sounds depressing, right? Well, for 15 or so minutes, “Rivka Rebel” is kind of depressing, wasting an opportunity to build out Sophie’s professional life and Ellen’s struggles to adjust in the city (which results in her writing nasty Yelp reviews about Charlie as a bartender, out of drunk jealousy) on a cascade of flailing attempts to inject referential humor into its dialogue (one of the aforementioned Miranda references also mentions Anderson Cooper and Billie Porter in the same breath). And for a moment, it almost feels doomed to be Jesse, famous for something it doesn’t want to be completely defined by, and consumed with insecurity as to who it is.

To its credit, “Rivka Rebel” mostly finds its footing in those final moments; sure, Ellen and Valentina’s Bat Mitzvah is full of stiff, cardboard ancillary characters, and way too much time talking about the importance of building one’s “brand” – but it also presents a moment where both Sophie and Valentina commit to building careers they’re happy with (with the added bonus of the epiphany coming while they’re manipulating teenagers they thought they accidentally drugged). From there, “Rivka Rebel” begins to move away from its weakest elements – its batting average with humor is dreadfully low, I cannot understate this – and opens its heart to the audience a bit, embracing the uncertainty, excitement, and hope that can spring from aspiring to reach a place of honesty.

Those journeys are never easy, though – and How I Met Your Father‘s inability to build momentum in the first half of episodes certainly dulls the impact of these final moments, no matter how well the resolutions land. It’s not for a lack of trying – there is a good bit about Ellen saying Yelp is for white people to complain about the spiciness of Thai food, and a wonderfully uncomfortable joke about Sophie drunkenly emailing a hot cousin – but for the most part, “Rivka Rebel” (and HIMYF) is at its best when its stops being funny, and focuses more on the emotional elements of its stories.

The only problem there is HIMYF is a comedy; to some degree, it has to be willing to wear the intricate bird makeup and do the dance for the audience, which will help those big comedic moments land with the same impact as the emotional ones. “Rivka Rebel” gets close, with an abrupt, quiet ending that holds surprising poignancy as Jesse’s piano plays over the closing credits (unless Hulu’s auto-player completely killed it… one of the true benefits of watching screeners for shows is the preservation of their credit music).

With a little bit more confidence, How I Met Your Father can certainly find its way to the comedic highs it is clearly capable of – knowing there will be a 20-episode second season in 2023 means we’ve got time to figure it out, and we can be a little more patient with its freshman stumbles. For now, we’re bound to have more episodes like “Rivka Rebel” in the season’s closing trio of episodes; sometimes good, sometimes bad, “Stacey” is 24 minutes of a show trying to figure itself out, to somewhat entertaining and (only occasionally) groan-inducing results.